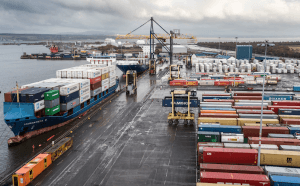 British companies are stockpiling at near-record levels as they prepare for possible border delays when Britain leaves the EU.

The latest IHS Markit/CIPS Manufacturing Purchasing Managers’ Index rose unexpectedly to 54.2 in December from an upwardly revised 53.6 in November, the highest reading in six months.

IHS Markit director Rob Dobson said: “Any positive impact on the PMI is likely to be short-lived, however, as any gains in the near-term are reversed later in 2019 when safety stocks are eroded or become obsolete.”

Despite the December improvement, the manufacturing PMI still suffered the weakest quarterly performance in the fourth quarter of 2018 since the third quarter of 2016, immediately after the Brexit referendum result.