SL’s Cameron moves on; all change at EY Scotland 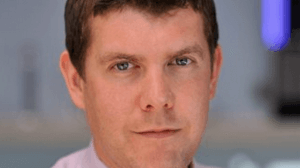 Barry Cameron, long serving comms manager at Standard Life, is moving on following the sale of the insurance business to Phoenix.

He has been with Standard Life for close on two decades and said he’s taking some time out to look at other options.

“I have thoroughly enjoyed my 18 years at Standard Life.  The business is entering an exciting new phase and I wish Susan McInnes [CEO Standard Life Assurance] and all of her team the very best for the future,” he said.

A Phoenix spokesman said: “We can confirm that Barry Cameron will leave his role as Head of Communications, Standard Life Assurance Limited, at the end of January 2019.  We’d like to thank Barry for his dedication and professionalism since joining Standard Life in 2000, and throughout the recent acquisition of the business by Phoenix.  We wish him well for the future.”

The comms teams at Standard Life and Aberdeen Asset Management were brought together and reshuffled following last year’s mega-merger and the Phoenix deal saw a further switch of roles.

Sara Reed has joined Baillie Gifford as head of global comms while Nicki Lundy has moved to Phoenix, now based in Standard Life House in Lothian Road.

The Scotland operations of EY will soon have a new media manager to be announced shortly. Ms Carswell is expected to return after her year at SFE.