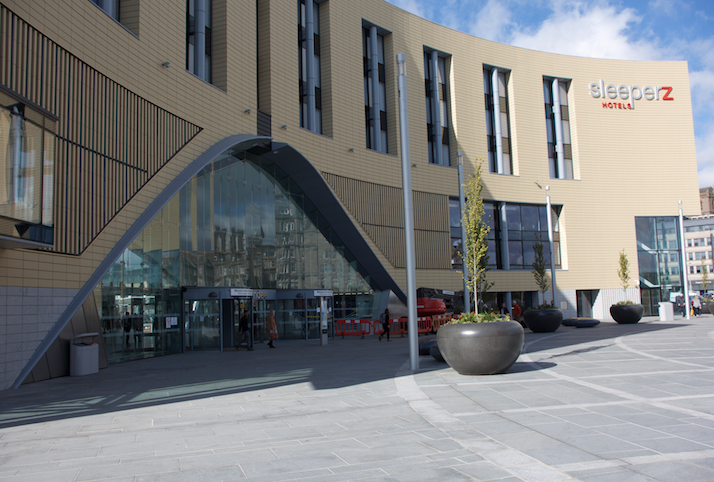 Investment has gone into upgrading rail facilities, such as at Dundee’s new station (pic: Terry Murden)

ScotRail train and station facilities have improved to their best level for two years, according to new figures providing some comfort to the beleaguered network.

Figures from the Service Quality Incentive Regime (SQUIRE), used by Transport Scotland to assess facilities on trains and stations, show the best performance in the period 11 November to 8 December since the same time in 2016.

The data was released as it was revealed that fines against ScotRail have reached  £11.2 million during the current franchise. Almost two-thirds of rail performance targets were missed in the third-quarter of last year, causing the franchise to be fined £790,558 for failing passengers in the period.

Under the Squire arrangement if routine inspections unearth something that does not meet the expected standard, ScotRail contributes to the Squire investment fund which is reinvested into projects across Scotland’s railway.

The most significant improvements came from a recent £5.6 million recruitment drive, with 140 additional front-line staff now in place, increasing staffing at stations and on trains.

Station and car park improvements are also continuing, with significant enhancements being made to stations along the Glasgow-Edinburgh via Falkirk High route, and a programme of works to resurface car parks across the network.

Funding has been allocated to improve broadband at multiple stations throughout the country, which is helping to improve the service provided by ticket vending machines and customer information screens.

Angus Thom, chief operating officer of ScotRail, said: “These figures are very encouraging and show the hard work of everyone at ScotRail to give our customers the best possible experience when travelling with us.

“We know there is still work to do, but the investment we have made in our frontline staff and on our new trains is delivering significant improvements for our customers.”

The figures follow a torrid few months during which the rail network has been severely criticised for delays, cancellations and missed stops.

Scottish Labour is campaigning to activate the break clause in the ScotRail franchise to allow it to be brought back into public ownership.

Commenting on the latest fines tally, Scottish Labour’s transport spokesperson Colin Smyth said: “Passengers have been failed repeatedly, but the SNP have turned a blind eye to the problems in our transport system.

“SNP Transport Secretary Michael Matheson has allowed Abellio to miss target after target and then teamed up with the Tories to block Labour’s plans to bring our railways into public ownership.

“It’s time to end the chaos on our railways and the suffering of hard-pressed commuters across the country.”