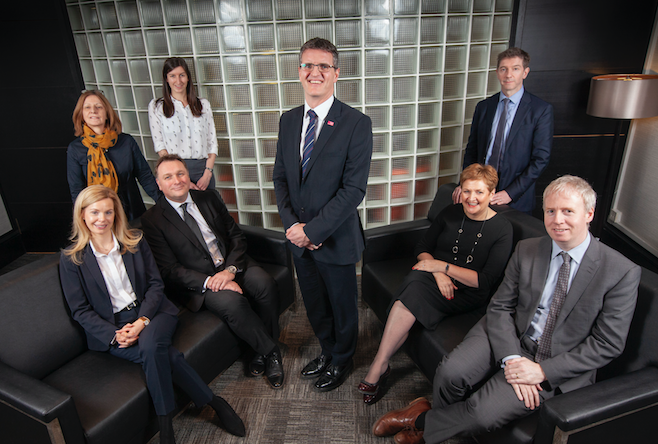 Glasgow Chamber of Commerce has made nine additions to its ruling Council, drawn from a variety of sectors from the city’s business community.

The AGM also saw Jim McHarg, divisional HR director at Weir Group, continue as president for a second year. His deputy is Paul Little, principal and CEO at City of Glasgow College.

Mr McHarg said: “We have a very strong group of new directors joining us this year, adding to our Council’s knowledge and experience at a time of increasing activity in the growth of the Glasgow’s economy and at an important time for the Chamber and for the city.

“At this point I’d like to place on the record our thanks to Ewan Cameron of Ryden, who has been a fantastic servant to the Chamber and is stepping down after the maximum 15-year period as a director. We owe him a real debt of gratitude.”

Mr McHarg added that the dual focus of the year ahead would be a continued focus on international trade despite ongoing Brexit uncertainty, and the future of Glasgow city centre.

He said: “Some time ago our board took the view that, whatever the outcomes from the Brexit negotiations, our chief executive Stuart Patrick and his deputy Richard Muir and their team would develop strong links with Milan, Berlin and Nuremberg, and they will go again to Milan and Turin in February to promote trade for our members and investment for the city.

“We have also established links on the other side of the Atlantic with our counterparts in Manhattan and with business organisations in Dalian, China – one of Glasgow’s eight twin cities.”