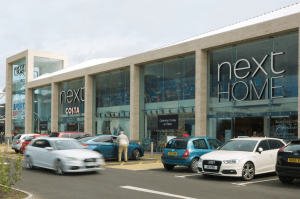 High street fashion chain Next defied the retail gloom with a 1.5% uplift in sales, skewed towards its online offering.

The retailer said that strong sales in the three weeks prior to Christmas along with a good half-term holiday week at the end of October made up for disappointing sales in November.

For the full year Next expects full price sales growth of 3.2%, in line with the guidance given in September.  Its guidance for full year profit has been downgraded to £723m, 0.6% lower than its previous guidance of £727m.

Russ Mould, investment director at AJ Bell, said:“Retail is currently about survival of the fittest and Next is certainly looking like one of the healthiest in its pack.

“A decade ago, Next reporting a 9.2% drop in high-street sales would have been disastrous. Yet today no-one will be surprised by such a performance as it reflects a structural change in how we shop for goods.

“The fact that Next has barely changed its earnings guidance despite high-street gloom is deemed a major success by investors, hence why its share price has shot up on the news.

“The future is all about the shift to online and Next is certainly making good progress.

“The company flagged earlier this year that it would run a trial to see if its stores would work as delivery points for third party non-competing businesses, thus creating another revenue stream and an additional catalyst to get people through its doors.

“Next is a best-in-class retailer which is striving to have superior customer service, good stock control, decent product range and clean, tidy stores. Those attributes should help it stand above the crowd.

“It also helps that the business is highly profitable, has a strong balance sheet and is cash generative which gives it the ability to cope with any margin pressures and any further decline in high street footfall.”

Shares in Apple fell 9% in early trade after it warned about revenues and growth in China where a slowdown has hit sales. The iPhone maker said it anticipated revenue of about $84bn (£67bn) for the last quarter of 2018, which is $5bn less than expected.

Apple weighed on US markets, as the tech giant is a component of all the three main US stock indexes. In early trade the Dow Jones Industrial Average was down 275.77 points, or 1.2%. The S&P 500 slid 0.7% while the Nasdaq was 73.02 points lower.

Chinese consumers are said to be switching to handsets made by their own phone maker, Huawei, while the technology advances in handsets has begun to slow, giving consumers less incentive to purchase a new one.