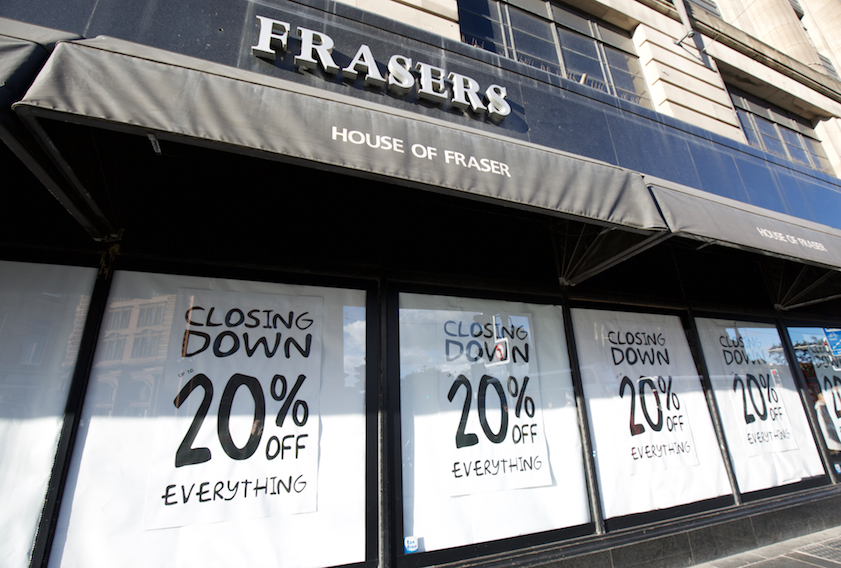 A retail industry leader has warned of further retail casualties unless the government takes action to help cut costs and ensures there are no new tariffs on imported goods after Brexit.

Helen Dickinson, chief executive of the British Retail Consortium, said: “Many well-known brands have disappeared from our high streets, and without government intervention there will be more to come.

“Government should take action by reforming the broken business rates system and ensuring consumers and retailers retain tariff free, frictionless trade with the EU after March 29.”

Footfall in Britain’s shops in December fell by 2.6%, the thirteenth month of consecutive decline, although less of a decline compared to the previous year when it fell sharply by 3.5%

Retail Parks had a similar fate, December footfall being 2.1% lower than last year and below November’s rate of 1.4%.

Business volumes in the financial services sector fell slightly in the three months to December, the first contraction of demand since September 2013.

The quarterly survey of 84 firms by CBI and PwC reveals sentiment holding up among insurers amid a continued expansion in their business volumes.

By contrast, volumes were flat or falling for banks, building societies and specialist lenders, while investment managers report the steepest fall in activity since the financial crisis.

Overall business volumes are expected to fall at a similar pace over the quarter to March, the first-time growth expectations have turned negative since December 2009. In the three months to March, overall profitability is expected to fall for the first time in more than three years.

Rain Newton-Smith, CBI chief economist, said: “Financial services are a bellwether for the wider economy. The persistent weakness in optimism and the deterioration in expectations sound a warning for the outlook.”