MPs back May to renegotiate Brexit deal with Brussels 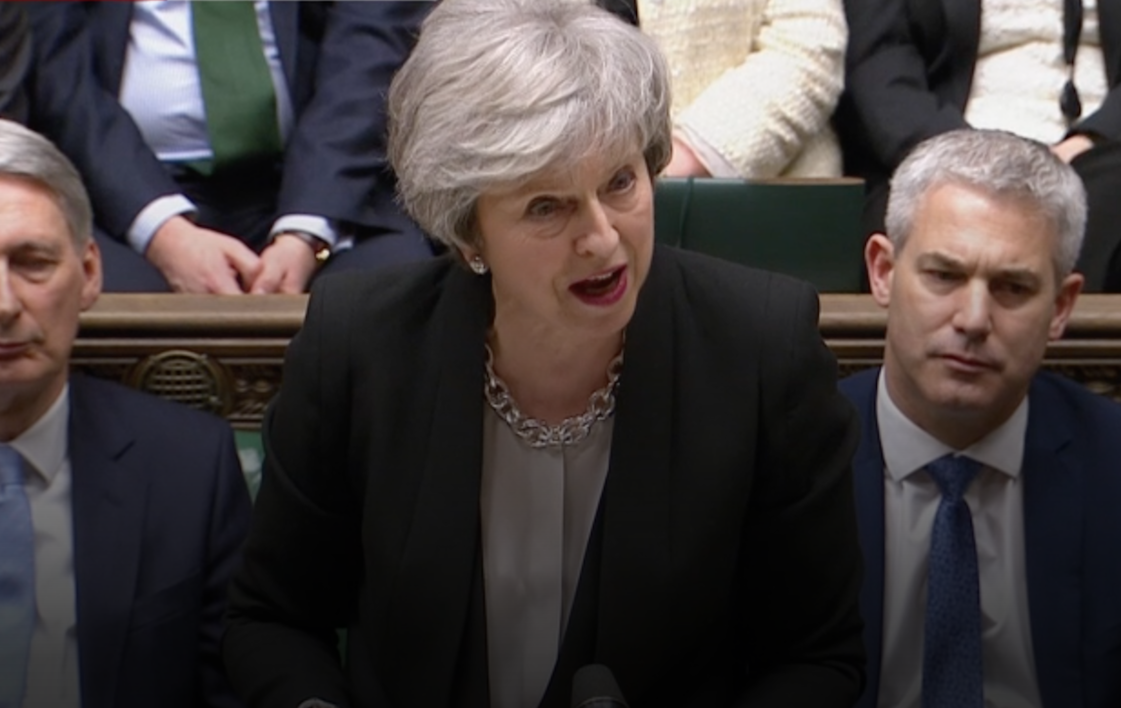 Theresa May will return to Brussels to seek changes to her EU withdrawal agreement after getting her party to unite over attempts to delay Brexit.

The Prime Minister defeated a Commons bid to scupper the deal and united Tory MPs behind Tory backbench chairman Sir Graham Brady’s amendment calling for her to renegotiate the terms of the Irish border trading arrangement.

However, EU president Donald Tusk and the Irish government immediately said the withdrawal agreement was not up for negotiation, presenting Mrs May with an immediate new obstacle.

The so-called Northern Ireland “backstop” is unpopular with Brexiteers because it may leave Britain handcuffed to the EU’s customs union. This would prevent the UK negotiating its own trade deals: a key demand for leavers.

MPs backed Sir Graham’s amendment to come up with an alternative by 16 votes, though there was confusion about what this meant.

The amendment is not legally binding on the UK government but it indicates Parliament’s desire to oppose a hard Brexit and will make it politically difficult for the prime minister to pursue a no-deal. Labour leader Jeremy Corbyn said he would now negotiate with the Prime Minister.


Mrs May told the Commons there was now a “substantial and sustainable” majority in the Commons for leaving the EU with a deal, but admitted renegotiation “will not be easy”.

The prime minister has previously refused to take the option of leaving without a deal off the table though tonight she said: “I agree that we should not leave without a deal”.

She also shifted her position. Having insisted her agreement was the only one on the table she said this afternoon she was willing to renegotiate.

Sir Vince Cable, the Lib Dem leader, said MPs have given Mrs May contradictory instructions by voting to avoid no-deal but also sending her back to Brussels with a negotiating position that is likely to result in a no-deal.

Adam Marshall, Director General of the British Chambers of Commerce (BCC), said: “Another day lost while the clock is ticking. Government and parliament are still going round in circles when businesses and the public urgently need answers.

“The real-world result of Westminster’s interminable wrangling is market uncertainty, stockpiling, and the diversion of staff, money and investment.

“For every big-ticket business announcing high-profile Brexit-related decisions, there are many more quietly making the changes they need in order to safeguard their operations in the event of a disorderly Brexit. The net result of this displacement activity and uncertainty is slow but very real damage to the UK economy.

“A messy and disorderly Brexit on 29th March would cause widespread damage to businesses and communities across the country. Neither Government nor many businesses are ready for a no-deal exit in two months’ time, and it must not be allowed to happen by default.”

UPDATE Wed 30 Jan: CBI Director general Carolyn Fairbairn said: “The reaction of business today will be one of rising frustration and concern.

“The main objective that business has is to avoid no-deal so the question is, did yesterday do anything to move us further away from no-deal? And the answer feels like it is ‘no’.”

While there was a none-binding amendment passed that talked about a no-deal, this was “hope, rather than strategy”, she said.

“I don’t think there will be a single business this morning who is stopping or halting their no-deal planning as a result of what happened yesterday, and I fear they may even be accelerating it, because the other amendment [on the Irish backstop] feels like a real throw of the dice.”