Labour turns on SNP over NHS spending on private firms 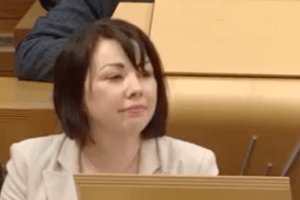 Scotland’s health boards have spent at least £130million on private hospitals and services in order to hit targets, according to newly-released figures.

Information released to Scottish Labour reveals that, between 2015/16 and 2017/18, health boards across Scotland have spent £130,866,841. The figure is below the true expenditure as it does not include spending by NHS Lothian and NHS Highland.

Scottish Labour ‘s spokesman for Health and Sport, Monica Lennon, pictured, said: “Health boards are already feeling the pressure because SNP ministers have failed to provide our hospitals with the right number of doctors and nurses – so they have to turn to expensive private providers to hit targets the government set them.

“The NHS is our most valued public service – taxpayers don’t want the health service used as a cash cow for private companies, but the only way to cut this private spending is to ensure our health service has the staff it needs, with the time to deliver the care patients deserve.

However, the Scottish Conservatives yesterday said the increase in spending on private security firms by NHS boards showed how these firms provide a “valuable service” to health boards and keep patients, staff and taxpayer-owned property safe.

Linkedin
Monica Lennon, NHS Scotland, private spending in NHS Scotland News, Politics, Scotland No Comments » Print this News
20 firms and 230 individuals to go bust each week in 2019 Previous News
Next News SNP accused of hypocrisy over use of private firms in NHS