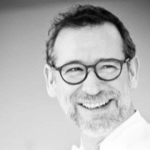 Andrew Fairlie, who ran the only restaurant in Scotland with two Michelin stars, has died aged 55 after a long illness.

Mr Fairlie operated from the luxury Perthshire hotel since 2001 but stepped down from in November after announcing his terminal diagnosis. He learned that he had a brain tumour in 2005 and had received chemotherapy and radiotherapy.

He was among a clutch of top chefs who included Tom Kitchin and Nick Nairn to help put Scottish cuisine on the international food map in recent years.

His wife, Kate, and his daughters, Ilona and Leah, issued a statement on behalf of the family which said: “We are utterly heartbroken that Andrew has gone but are so thankful we had this extraordinary man in our lives.

“He was a beautifully kind, generous loving son, father, husband, brother and friend, and enriched the lives of anybody lucky enough to meet him.

“He has taught us so many lessons in life, not least to be kind. He worked incredibly hard and his favourite thing to do was to create magic for us in the kitchen at home.

“We will miss his calm, wonderful spirit, his cheeky sense of humour and his loving nature.”

His father Jim revealed the news on Twitter, saying: “It is with enormous sadness and grief that Kay and I announce the death of our beloved son Andrew.

“His wife Kate and his family have kept vigil with him for some weeks. He slipped away quietly this morning but his many achievements & memory will live on.”