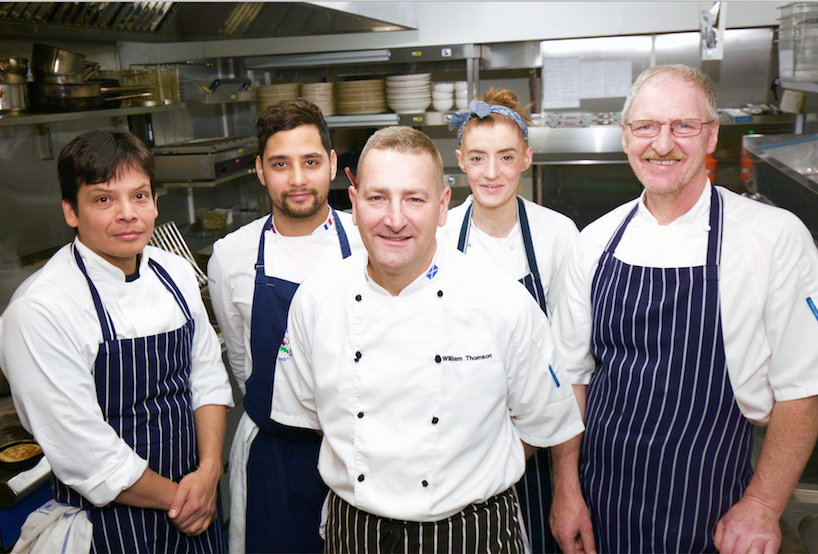 The company owns the Scotsman’s Lounge in Cockburn Street and The Kilted Pig in Colinton. It  opened The Perch restaurant – previously The Dogs – in Hanover Street before Christmas.

Mr Thomson joined from Barony Castle in Peebles, where he spent five years as head chef. He will be in charge of the group’s 9-strong team of chefs, six of whom are based at The Perch.

Prior to Barony Castle, he worked at Rufflets Country House in St Andrews, the Caledonian Hotel in the Capital and spent five years on the QE2 ocean liner.

From designing The Perch’s modern kitchen to hiring his own staff and sourcing the best of local Scottish produce, he says the new role ticked all the boxes. “This is a fantastic opportunity for me and it’s great to be back in Edinburgh,” he said.


“Being able to put my own stamp on things was a big factor in me taking the job. It’s really exciting to have been given a free rein when it comes to designing the menus.

“I’m also training all the chefs so we have a continuity and consistency of standards which is very important to me.”

Daniel McNally, who owns Quiet Man Taverns with his brother Finn, said: “We were looking for someone with the experience to take the food forward at The Perch and The Kilted Pig and Willie fitted the criteria well.

“He’s done everything from fine dining to pub food and we felt he was the right man to lead our new venture.”