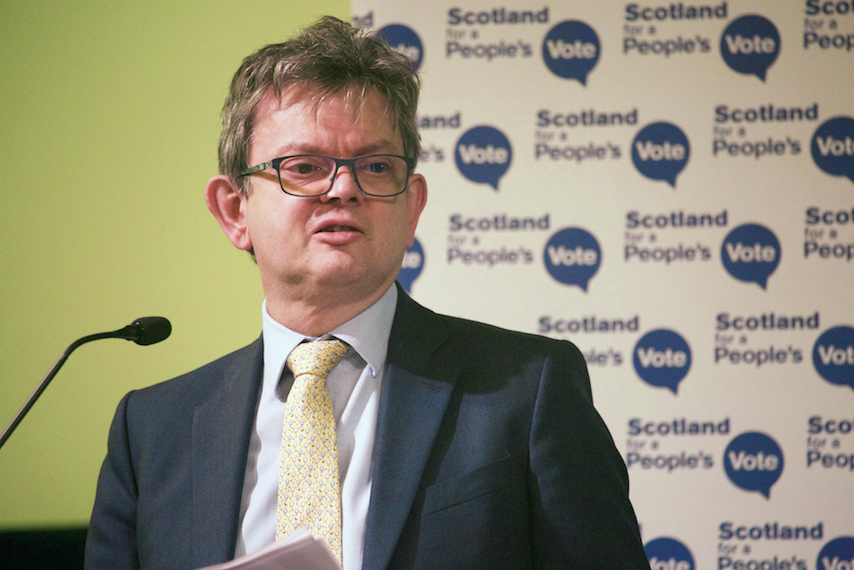 A call for Britain’s departure from the EU to be delayed was stepped up today at a Rally for Europe gathering in Edinburgh involving a coalition of political parties.

Their joint demand for Article 50 to be postponed comes as the leader of the Commons Andrea Leadsom said she believed the EU would delay Brexit to help get the deal through Parliament.

“It is now time, in the interests of all our futures, to show political leadership, to stop the Brexit clock, to extend Article 50 and to allow another referendum on EU membership, with Remain as an option on the ballot paper.

Referring to the deadlock at Westminster, he said: “If you cannot get a resolution from the representatives of the people, what do you do? You turn to the people.

“No deal is unthinkable,” said, adding that there was a “feeling of powerlessness among the public. 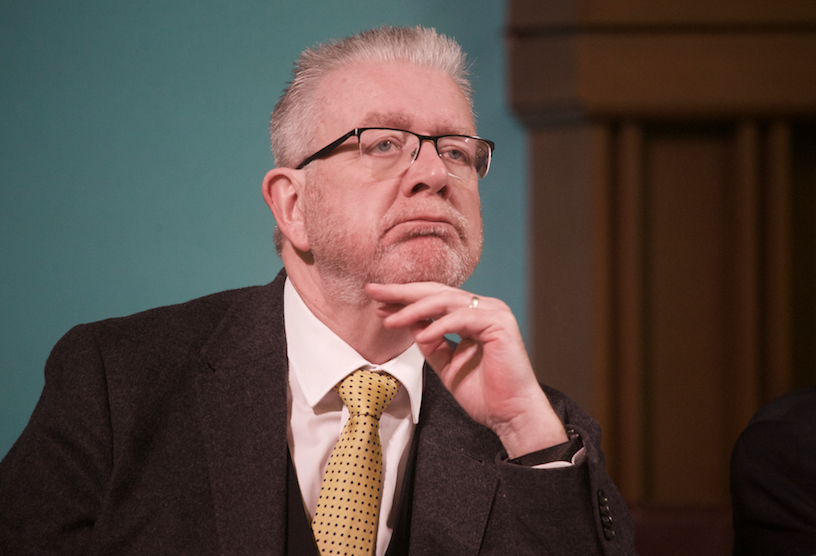 “I do not think leaving the EU is inevitable. It doesn’t have to happen, but it requires people to campaign together.”

Glasgow University principal Sir Anton Muscatell, arguing the economic case for remaining in the EU, said Scotland needed immigration to fulfil its potential. “Giving the people the final say is the only way to avoid being dragged over the cliff edge into an economic catastrophe.

“The Prime Ministers red lines are so restrictive they have forced her into a corner. She has nowhere to go. It is going to be the blindest of blind Brexits.”

He said Britain was facing a “genuine political and constitutional crisis and the people must take control.”

Labour MEP Catherine Stihler said: “With just two months to go until the UK is scheduled to leave the EU, and with no clarity on our future relationship with Europe, it’s clear that the Brexit countdown must be halted.

“Extending the Article 50 process will allow the time to go back to the people of the United Kingdom and ask them to break the parliamentary deadlock through a People’s Vote.

“We are facing the biggest political crisis of our times, and the Prime Minister has lost control of her party and has lost the faith of the country.

“Across the entire UK, people are coming together at events like this rally in Edinburgh to demand a final say on Brexit.”

Ian Murray, Labour MP for Edinburgh South, said: “Next week there will be yet more votes in Parliament, and we know there is no parliamentary majority for Theresa May’s bad deal.

“It’s clear that we must seek to extend the Article 50 process to avoid a no-deal Brexit. Labour Party policy, as endorsed by party conference, should be to support a people’s vote, and it’s time for the leadership to come off the fence and get fully behind this.

“All political parties should be working together in the national interest, so that we can offer the people of the UK the opportunity to keep the best deal we already have as a member of the EU.”

Christine Jardine, Edinburgh West Lib Dem MP, said that leaving a 40-year-old union was “like trying to take the eggs out of a cake that has already been baked.”

Andy Wightman, Green MPS, reminded those attending that Article 50 could not be suspended, only extended, and that the EU would not only have to be asked, it would want to know why. A People’s Vote might swing it, he said.

The gathering follows the publication of a cross-party Holyrood report warning that a no-deal Brexit would be damaging to Scotland’s economy and public finances. 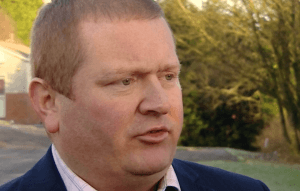 The Federation of Small Businesses (FSB) in Scotland has commended the report’s findings from the finance and constitution committee and urged MPs to find a path to avoid this outcome.

“It is an outcome that absolutely must be avoided – or we face the prospect of good businesses going under as a consequence of circumstances well out of their control.

“It is notable that this warning has come from a cross-section of MSPs including representatives of the four largest parties represented at Westminster.

“If compromise can be reached in the committee rooms of Holyrood, it is reasonable for the business community and the nation to expect key Westminster decision makers to co-operate to avoid disaster.”

One Comment to Edinburgh rally demands Brexit countdown is halted