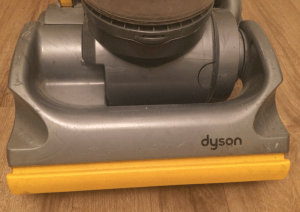 James Dyson, the billionaire entrepreneur who re-imagined the vacuum cleaner, has prompted a backlash after announcing he is moving his head office from Britain to Singapore.

Mr Dyson is already planning to build a new generation electric car in Singapore and said he wanted his head office closer to his main customers. It sells 96% of its output overseas.

The 71-year-old inventor, who has become one of Britain’s best-known tycoons. developed his bagless cleaner around a belief that a cyclone could collect household dust better than a clogged-up bag.

While critics claimed Dyson’s head office and senior executives were being lost to Britain because of current political uncertainty he denied the move was Brexit-related.

Much of its product development will remain in south west England and it is expanding its research and engineering operation in Britain.

Chief Executive Jim Rowan said: “Our growth rate in Asia has doubled most other places in the world over recent years.” He added that more than half of its profit came from the region and the move was aimed at “future proofing” Dyson.

The company broke through the £1 billion barrier for annual profit in 2018.

Rebecca Long Bailey, Labour’s business spokesman, said the the move is “a huge blow to the Government’s industrial strategy.

“For too long this Government has allowed a culture of short termism to work its way into some of our greatest British businesses, whilst those businesses doing the right thing and investing in their communities and workforce for the long term are left wanting, with little Government support.”

“It’s about time we future proofed our long term industrial strategy instead of future proofing the short term profits of a select few.”