Dean Ford, singer with The Marmalade, has died 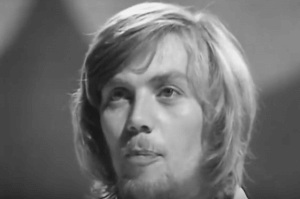 Singer Dean Ford who fronted the Glasgow band The Marmalade, has died aged 72. The band were best known for reaching number one in 1969 with a cover version of The Beatles reggae song Ob-la-di Ob-la-da.

However, Reflections of My Life and Rainbow, both written by Ford, secured their place as respectable songwriters in their own right and I See The Rain was praised by Jimi Hendrix as the “best cut of 1967”.

The band went on to become the first Scottish band to have a UK number one hit and they celebrated by appearing on Top of the Pops wearing kilts.

The band toured with The Who, duetted with Bobbie Gentry and had six top 10 singles, before Ford quit the band in 1975, becoming a limousine driver for Michael Jackson and Bob Dylan.

One Comment to Dean Ford, singer with The Marmalade, has died