Canning out as Hamilton Accies restructure 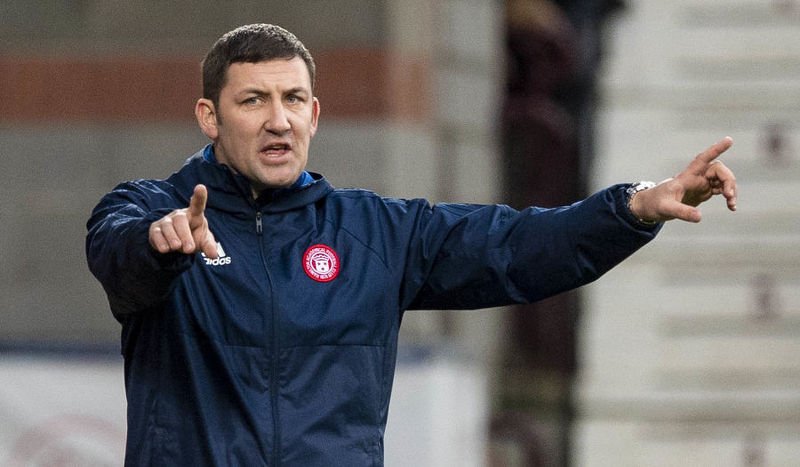 Hamilton Academical is looking to restructure its management structure after dispensing with the services of Martin Canning.

The former Accies defender was told the news in a meeting with chairman Allan Maitland.

Boss Canning has left ‘by mutual consent’ after four years at the helm with the club currently fighting for its Premiership survival in 10th place, one point ahead of Dundee and just two off basement outfit St Mirren.

The planned new structure will see a head coach appointed, with the responsibility of player recruitment lying with director of football Allan McGonigal.

Former Dundee and Falkirk manager Paul Hartley is the bookmakers’ favourite for the post, while former Rangers captain and current boss of Lowland League side Kelty Hearts, Barry Ferguson, is thought to be in contention.

“The club would like to thank Martin for his commitment and efforts during his ten and a half years at the club as both a player and a manager,” said Maitland.

“He played in over 200 games including the play-off match at Hibs in May 2014 when we secured our place in the Premier League and has managed the club in the top division for the last four seasons.

“He has successfully managed to maintain our status in the Premier League and we will be forever grateful for his part in this achievement.

“With the departure of so many important players over the last two seasons (Michael Devlin, Eamonn Brophy, Lewis Ferguson, Ali Crawford and Greg Docherty) it has become increasingly difficult to maintain the playing levels and results previously reached.

“Martin and the board feel that a change was necessary to give the club the best opportunity to get back to those levels.”

Accies host fellow-strugglers Dundee this weekend and Guillaume Beuzelin and George Cairns will be in charge of first-team affairs until further notice.

Dundee will head to Hamilton for their crunch league clash on Saturday licking their wounds after being dumped out of the Scottish Cup by Queen of the South.

Stephen Dobbie continued his remarkable scoring record this season with all three goals in the Championship side’s 3-0 victory in the fourth-round replay at Palmerston Park. The striker now has 37 goals to his credit this term.

The win set up a last-16 trip to Pittodrie to face Aberdeen, who eased past League One Stenhousemuir 4-1 in their replay at Ochilview.

Steven Gerrard’s Rangers will attempt to join them in the fifth round this evening when they take on Cowdenbeath at Central Park, the original tie having been postponed. Kilmarnock will face the winners at Rugby Park.