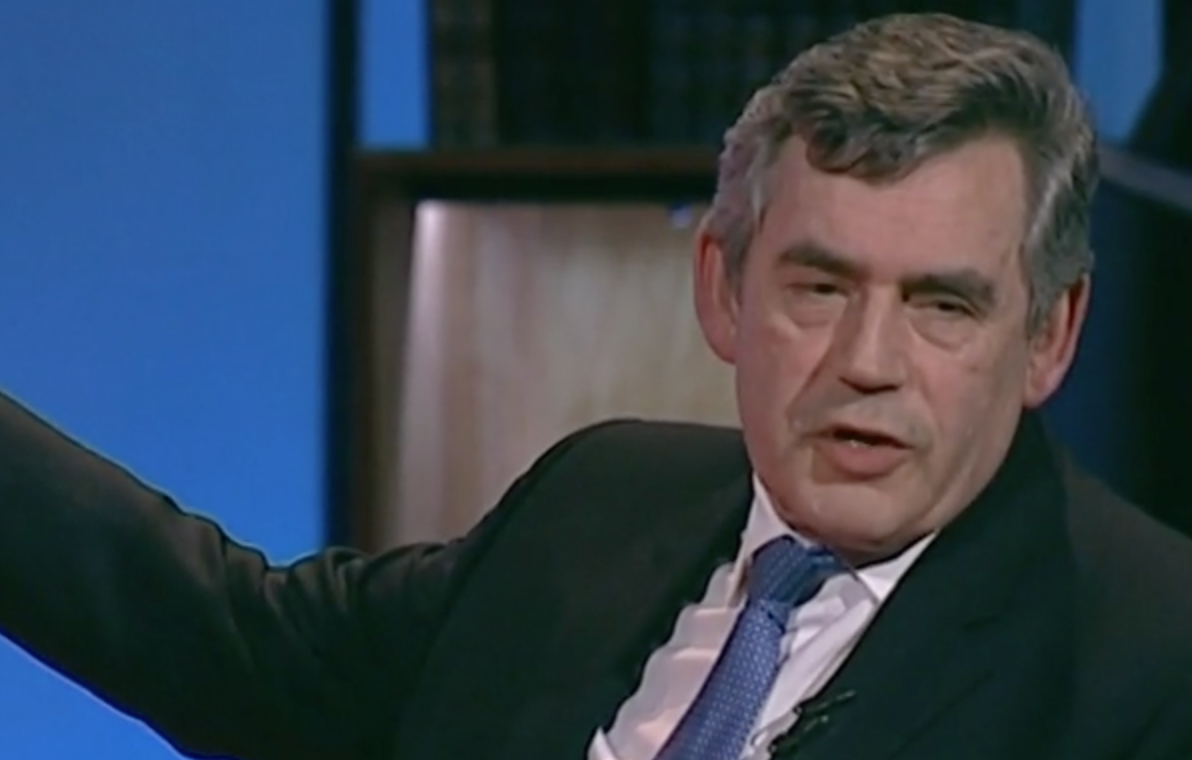 Gordon Brown: ‘Our crisis is now so profound that Parliament cannot now solve it on its own’

Former Prime Minister Gordon Brown has called for Parliament to delay exiting the EU by a year to allow the British public to be brought back into decision-making through a series of citizens’ assemblies.

Mr Brown says in a speech in Edinburgh tonight that people are becoming increasingly angry at being cut out of major decisions and the chaos within Westminster is leading to mounting distrust with the political establishment.

“It’s not just that this week has seen the worst defeat Parliament has ever inflicted on a government, making our democracy look dysfunctional. I cannot recall an occasion when Parliament has been paralysed and immobilised for so long,” he will say.

Arguing that the EU would accept a postponement of Article 50 determining the timetable for withdrawal, he adds: “It is the lethal combination of a deadlocked parliament, an ever-more divided country and the mounting distrust between Parliament and people that makes me fear for our cohesion.

“It is an illusion that another one-off improvisation – a crossing of the t’s and a dotting of the i’s – will take us across the finishing line.

“Our crisis is now so profound that Parliament cannot now solve it on its own.

“Indeed what’s clear is that we cannot reunite the country  just by another attempted Westminster face-saving fix concocted behind closed doors. We cannot rebuild unity without repairing the  breakdown of trust   across the country and we cannot move forward without involving the people as well as the politicians.

“We must do now what we should and could have been doing for the past two and a half years – engage our citizens in public hearings to explore problems and find solutions that parliamentary procedures have totally failed to do.

“So, I propose we negotiate with Europe to extend Article 50 for one year not as a delaying tactic but for a purpose – that we agree, and the European Union accepts, a unique democratic innovation — the convening of nationwide citizens‘ assemblies.”

Stage two would be a consultation in each UK region and nation, sponsored by Parliament’s Select Committees if not by the Government, to review the issues revealed by Brexit including those relating to immigration and sovereignty.


Stage three would be a Parliamentary review of the results taking the issues back into parliament after listening to the people – followed by the options of a stage four and five if Parliament agrees the situation has changed – to a renegotiation with the EU, based on these developments.

Mr Brown says: “More people than ever – 68 per cent, a number rising month by month – now feel no political party speaks for them.

“We should be attempting even now to consult, to build a consensus on the issue on which even the cabinet cannot agree – whether we have a trade deal similar to that of Norway or similar to that of Canada, and whether Britain becomes a low regulation free, low tax zone or whether we meet proper standards for environment taxation and workers’ rights in the future arrangements we have.

“What is clear is that we cannot end the Brexit crisis without also repairing the trust and rebuilding the unity of a divided country.”

A new survey suggests a majority support a referendum on Scottish independence if the UK leaves the EU on 29 March.

The survey, run by The Herald newspaper, shows that 57% would back plans for a new independence referendum – with 70% also agreeing that Brexit should be stopped.

The survey also found that 59% of people in Scotland back the SNP’s calls for a second EU referendum.