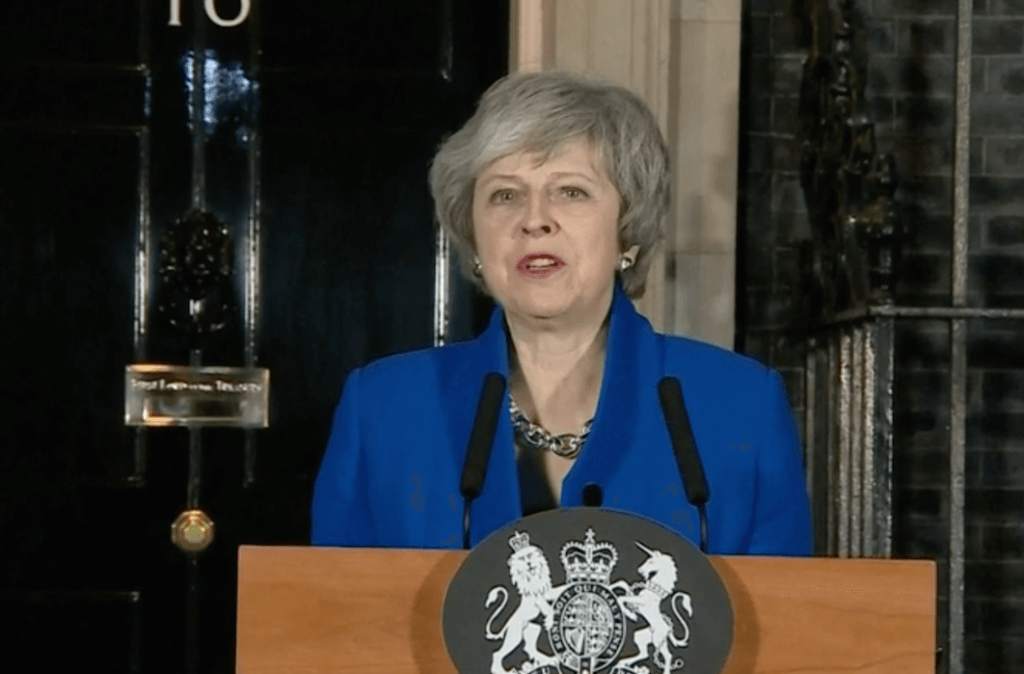 Theresa May speaking from Downing Street: ‘time to work together’

German industries have issued a stern warning to Britain’s squabbling politicians that a failure to reach a deal on Brexit could plunge both countries into recession.

The head of the Bundesverband der Deutschen Industrie (Federation of German Industries) said hysteria has taken over and has called on the UK government and Labour to work together to avoid a hard Brexit.

BDI chief executive Joachim Lang’s comments came as Labour leader Jeremy Corbyn refused to agree a meeting with Prime Minister Theresa May and other party leaders until she agreed to take No Deal off the table.

Her agreement that would have secured tariff-free trade was rejected overwhelming by MPs on Tuesday.  Britain is now at risk of leaving the bloc on 29 March without a trade deal.

Mrs May, who earlier won a no confidence vote in the government by 325 votes to 306, said tonight that it was time for parties to work constructively together to find a way forward. 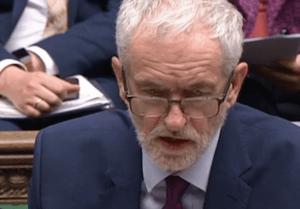 “The British people want us to get on with delivering Brexit,” she said in a speech delivered on the steps of Downing Street. She said she was “disappointed” that Mr Corbyn, pictured, had chosen not to take part in talks.

Her speech was preceded by growing tensions on both sides of the Channel. The BDI’s Mr Lang said failure to reach agreement will put bilateral trade with Germany totalling more than €175 billion in imports and exports at risk.

“An immediate and sweeping recession looms over the British economy that will not pass Germany by unnoticed, said Mr Lang.

“The rejection of the withdrawal agreement is alarming. Where common sense was required, hysteria has won out. Any chance of finding a route out of the chaos has been lost for the present.

“Businesses on both this side and the other side of the English  Channel continue to be left hanging in mid-air. A chaotic Brexit is drawing dangerously closer. The top priority now must be to avoid a hard Brexit. Responsibility for this lies purely and simply with the government and the opposition in London.”

Mr Lang said companies are unable to prepare themselves just a few weeks ahead of the withdrawal date.

“Business expects a quick answer on how events will proceed. Our companies have invested in the United Kingdom to the tune of around €120 billion and considerably more than 2,000 stake holdings.

The European Commission has put forward its emergency plans. Parliament and the Council must now act without delay to contain the most serious consequences.”


Other business leaders in Britain and beyond warned of catastrophic job losses and chaos at ports. A diverse range of companies, including the Channel Tunnel operator Eurotunnel and Scotch whisky distillers, have called for government action.

Germany’s chemical and pharmaceutical industry association called for interim solutions, in particular to ensure the supply of medicines.

Mrs May has been holding talks with other parties to find a compromise or consider another referendum on EU membership. 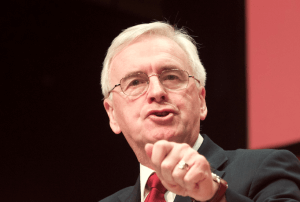 Shadow Chancellor, John McDonnell, pictured, said Mrs May could get a deal through parliament if she negotiated a compromise with his party.

Ian Blackford, the SNP’s Westminster leader, has written to Mrs May following a meeting tonight.

He said she had to delay withdrawal, rule out a No Deal, and accept the option of a second EU referendum.

I write to thank you for meeting with me this evening and inviting us to participate in cross party talks on the way forward.

For us to enter into that discussion there needs to be a clear indication of willingness on the side of the government for these to be genuine negotiations. That requires a clear gesture of good faith by you and your government.

Discussions around cosmetic changes to your deal, which has now been rejected by Parliament will not move this matter forward.

It is my view that if you are able to confirm that the extension of Article 50, a ruling out of a No Deal Brexit and the option of a second EU referendum would form the basis of those discussions, then we could participate in them.

That view is shared by the SNP leader and Scotland’s First Minister Nicola Sturgeon.

For any discussion between your Government and the SNP to be meaningful, these options must be on the table.

I look forward to your response.

One Comment to Brexit ‘hysteria’ threatens recession in UK and Germany