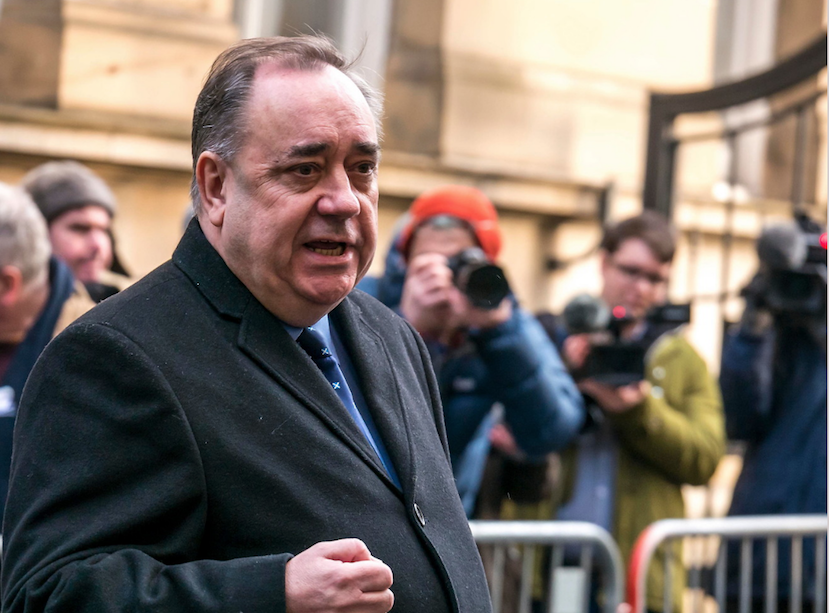 He appeared before an Edinburgh sheriff to face 14 charges,  including two of attempted rape, nine of sexual assault, two of indecent assault and one breach of the peace.

The 64-year-old made no plea during the hearing and was released on bail.

Outside court, Mr Salmond said he was “innocent of any criminality” and added: “I have great faith in the court system in Scotland.”

Police had been investigating following a Scottish government inquiry into complaints of sexual harassment against Mr Salmond who was first minister from 2007 to 2014. He was interviewed by police on Wednesday and arrested last night.

The latest developments come just two weeks after a court ruled in his favour in his action against the Scottish government’s handling of the case.

He arrived at the court in Chambers Street at about 2pm on Thursday for a hearing which took place in private.

No date has yet been fixed for the next hearing in the case.

Bell tolls for indyref2 as Salmond row splits the party