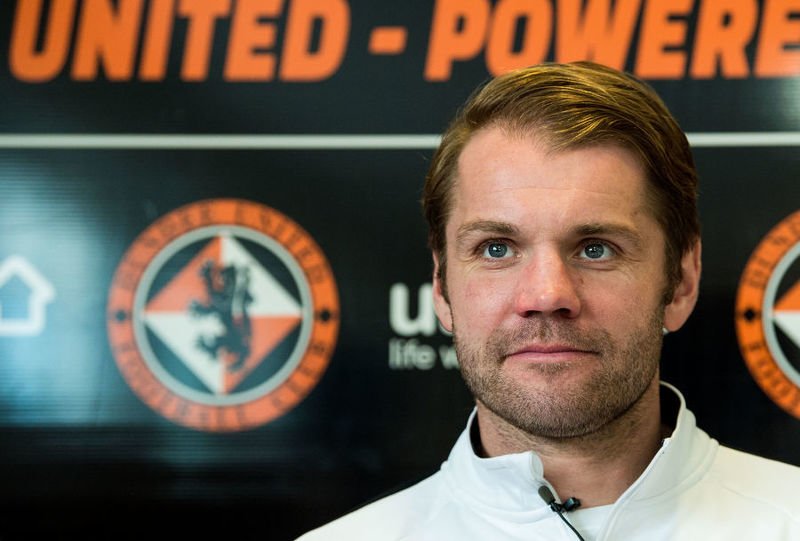 The American tycoon completed his takeover of the Tayside outfit last month and has moved quickly to restructure things.

Brannigan has held similar roles in England with Derby County and Sheffield United and was chief executive officer of League of Ireland champions Dundalk for 11 months until his departure a week ago to “pursue other opportunities”.

Outlining his role at Tannadice, a club statement said: “While he will assume overall control of the club’s affairs, his main focus will be on the business side of the organisation.”

The creation of a sporting director role marks a change of direction for United, who currently sit in third place in the Scottish Championship, six points behind leaders Ross County.

Former agent Asghar is the managing director of Revolution Global Sports Consulting, the company which helped complete the sale of United to Ogren.

United confirmed he will “work closely with head coach Robbie Neilson and his staff to oversee the structure of United’s football department.”

Both men will start their new jobs on Monday, with Minnesota millionaire Ogren expected to attend his first match as owner when Dunfermline visit on Saturday.

It remains to be seen what the future now holds at Tannadice for David Southern.

The former Hearts managing director was appointed as United’s general manager in July 2014 after leaving Tynecastle and last summer was made chief operating officer.

Stevie Crawford has been appointed as the new permanent head coach of Dunfermline and will be in the dug out on Saturday for the trip to Tannadice.

The former Pars striker steps up from his coaching role at East End Park following the sacking of Allan Johnston and his No. 2 Sandy Clark.

Crawford, who was assistant to United boss Robbie Neilson at Hearts, will be aided by former Dunfermline player Greg Shields.

In a surprise move, the Pars also announced the return of Jackie McNamara to Scottish football as a consultant.

“We are also delighted to announce that Jackie McNamara and his sports consultancy company, Consilium Sports, have agreed to assist the club providing ongoing technical support to the board,” said chairman Ross McArthur.

“This is another important and exciting step to further aid our football development.”

McNamara was sacked as Dundee United boss in September 2015. He subsequently took charge at York City before becoming chief executive.

Three months ago new Tannadice sporting director Tony Asghar terminated his agent’s license with the Scottish FA and English FA, transferring his clients to McNamara’s company. At the time he cited major changes in “club projects and newly contracted work.”