Warning to Mackay as Scotland’s growth to lag behind UK 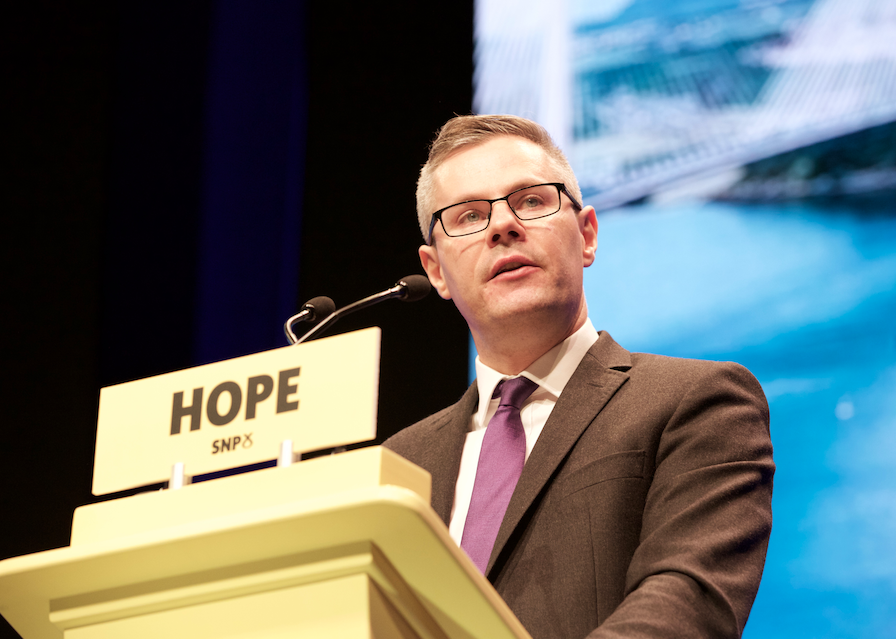 Scottish Finance Secretary Derek Mackay has been served a warning ahead of next week’s Budget that the economy’s good run is over and that it will underperform the UK next year.

New analysis from the EY Scottish Item Club predicts a slowdown in growth as pressure on the labour market intensifies and business investment remains subdued.

In contrast, a modest increase in growth is expected across the UK from 1.3% GVA to 1.5% GVA for the same time period.

Warnings of a slowing economy come just days before Mr Mackay is expected to confirm that income tax variations will not be narrowed with England and Wales. There are demands for Mr Mackay to exercise restraint on business costs, such as business rates.

EY says that similar to 2018 consumer spending will make a significant contribution to the Scottish economy in 2019. However, this is due to be fuelled by consumers running down their savings rather than through a growth in wages with personal disposable income forecast at 0.9% and consumer expenditure at 1%.

The working age population in Scotland is expected to fall by an average of 0.4% per year over the next five years. Employment growth is also projected to be lacklustre, growing by 0.3% in 2019 and averaging 0.3% per year between 2018 and 2023 which is below the UK’s 0.5%.

Mark Gregory, EY’s chief economist, said: “”he pace of economic growth achieved in Scotland during the past year appears to be unsustainable as pressure mounts on the already delicate labour market and business investment remains subdued.

“Scotland has proved it can grow its economy faster than the UK but failing to invest in capital at this time will limit future growth and the possibility of outpacing the UK.

“Scotland’s population is growing at a slow pace, the working age population is ageing and working age migration is predicted to fall in Scotland by 55% next year and by a total of 73% through to 2022. Given Scotland is more reliant on migrant workers than other parts of the UK this collapse in the number of working age migrants is a significant challenge facing business and government.

“Maximising the potential of the domestic population is a priority and will require investment in skills and training as well as new technologies so that workers have access to the latest equipment and techniques.

“This is an agenda the Scottish Government is already engaged with but activity in this space needs to be accelerated from both government and business to address the immediate and long term challenges the labour market presents.”

Brian Monteith: Mackay’s budget could open the door for the Tories