As Solskjaer back at Old Trafford... 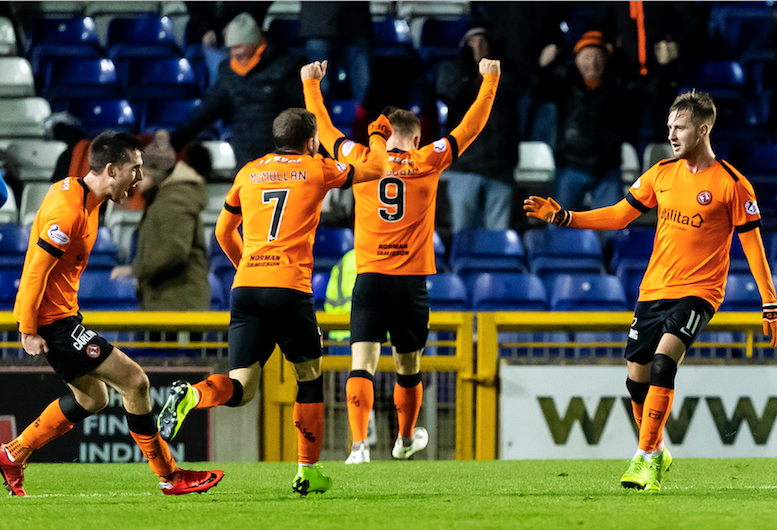 Dundee United have been acquired by US-based businessman Mark Ogren who has promised to provide funding to support the club’s return to the top flight.

Ogren, whose business interests range from oil services and software to real-estate, has acquired an 85.61% stake in the club previously owned by Mike Martin and James Fyffe.

He will become chairman, with Martin stepping down as a director. Fyffe and David Dorward remain directors at the club.

“We are delighted to confirm that we have acquired the majority shareholding in Dundee United FC,” said Mr Ogren, whose son Scott will join him on the board.

“My son and I have been working tirelessly, alongside our sports advisors Revolution Global Sports Consulting and lawyers Brodies, to reach an agreement with Mike Martin and Jimmy Fyffe who have been careful in making sure that the best persons come into the club.

“We are very excited at working with the head coach, the players, the staff and most importantly the supporters of Dundee United to achieve promotion back to the Ladbrokes Premiership and make Dundee United Football Club a force within Scottish football once again.”

He added: “This is a crucial period for the club, and we understand that the short-term focus must remain on ensuring the team continue their good form.

“It is our intention now to lay foundations that will create future success for the club, and to this end, we look forward to coming to Tannadice to outline our plan and create one vision for success that everyone connected with Dundee United can believe in.”

United currently sit third in the Scottish Championship, five points behind leaders Ayr United, having lost in the promotion play-offs in the past two campaigns.

Mr Martin said: “Throughout our discussions, I was impressed by Mark’s passion for sport in general and his vision and ambition for Dundee United.

“He has developed a keen understanding of our rich history, our values and traditions, the importance of our community role and the passion and loyalty of the supporter base.

“I feel privileged to have been chairman at this great club and I am grateful for all the support and assistance given to me throughout that period. I leave with confidence that Dundee United’s future is in very good hands.”

Solskjaer back at Old Trafford

Manchester United have confirmed the appointment of former player Ole Gunnar Solskjaer as caretaker manager until the end of the season.

Best remembered for scoring the winning goal in the 1999 Champions League final, he spent 11 years at the club.

The 45-year-old Norwegian’s appointment comes just a day after the club sacked Jose Mourinho.  He will be assisted by Mike Phelan, another of the club’s former players, who previously spent 14 years on the club’s coaching staff.

United are sixth in the Premier League and his first game in charge is Saturday’s trip to Cardiff City, the club where he had his only previous experience of Premier League management.

He said: “Manchester United is in my heart and it’s brilliant to be coming back in this role. This is an opportunity I had to take.

“I’m really looking forward to working with the very talented squad we have, the staff and everyone at the club.”