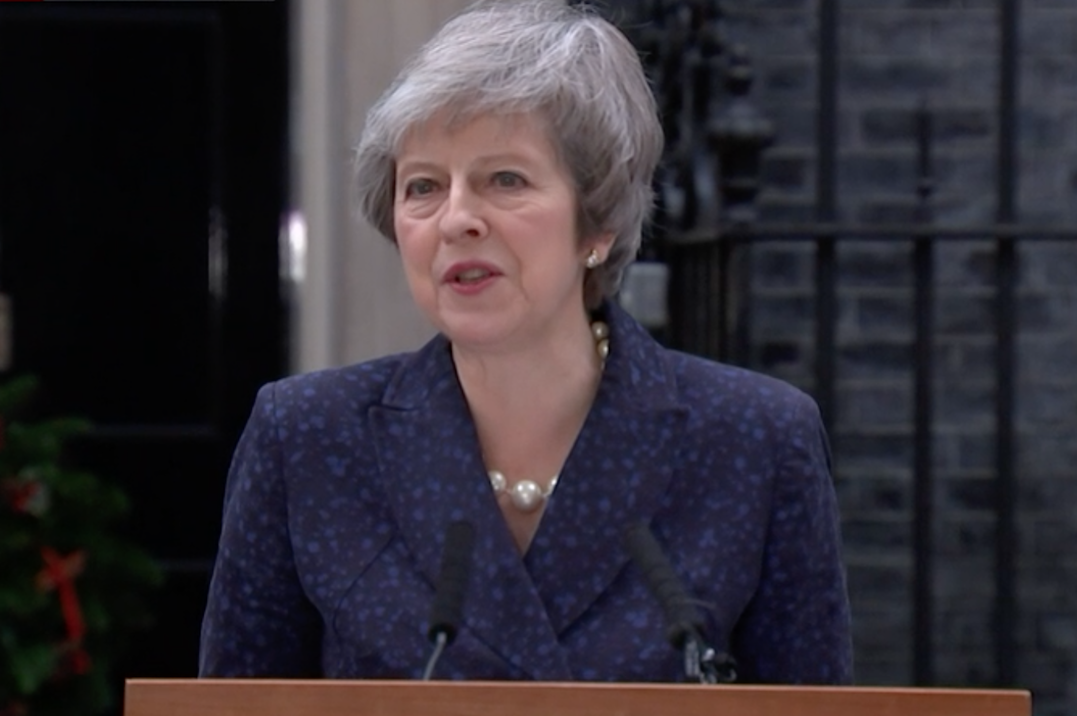 Theresa May: headed off a no confidence vote

Theresa May will seek further amendments to her Brexit agreement after surviving a confidence vote that threatened to plunge the government into further disarray.

Mrs May won the the backing of 200 of 317 Tory MPs to continue as leader of the party. It was a bigger majority than she secured in 2016.

After the result was announced she said: “It has been a long and challenging day. A significant number of colleagues cast votes against me and I have listened to what they said.”

It was seen as another example of Mrs May’s resilience and ability to shake-off criticism. However, the vote has exposed the deep divisions in the Conservative party which opposition MPs will attempt to exploit.

Attention may now switch to Labour leader Jeremy Corbyn and whether he will force a no confidence vote in the Commons. He said: “Tonight’s vote makes no difference to the lives of our people.

“The Prime Minister has lost her majority in Parliament, her government is in chaos and she is unable to deliver a Brexit deal that works for the country and puts jobs and the economy first.

“That’s why she pulled the vote on her botched Brexit deal this week and is trying to avoid bringing it back to Parliament. It’s clear that she has not been able to negotiate the necessary changes in Europe.

“She must now bring her dismal deal back to the House of Commons next week so Parliament can take back control.”

Carolyn Fairbairn, CBI Director-General, said: “This vote was a chaotic detour that needs to be put to good use. Politicians must finally stop the endless infighting of the past 30 months and come together to secure a workable Brexit deal. Companies and the country have had enough of chaos.”

Mrs May, who has said she will not lead the party into the next general election, had earlier issued a statement from Downing Street stating that she would “contest this [leadership] vote and give everything I have got”.

She is expected to resume her talks with European leaders to win further concessions that will mollify critics of her agreement.

Despite reports that she has been facing resistance from Europe, she said progress was being made. However, she postponed a scheduled visit to Ireland because of the vote.

Sir Graham Brady, the chairman of the Tory Party’s 1922 backbench committee, called the vote after confirming more than 48 letters had been submitted as MPs lose patience with Downing Street’s botched Brexit talks.

This culminated in Monday’s embarrassing postponement of a vote on Mrs May’s deal. She admitted it was likely to be rejected by a “significant margin”.

Sterling continued to yo-yo, plunging to near 20 month lows before strengthening on the back of her likely victory in the leadership vote. As the result emerged sterling began to weaken again as traders contemplated a pause, rather than a resolution to the Brexit impasse.

Labour will put ‘no confidence’ motion only when it can win