Rennie: 'He was an inspiration'

Tributes to Lib Dems’ Lord Ashdown who has died, 77 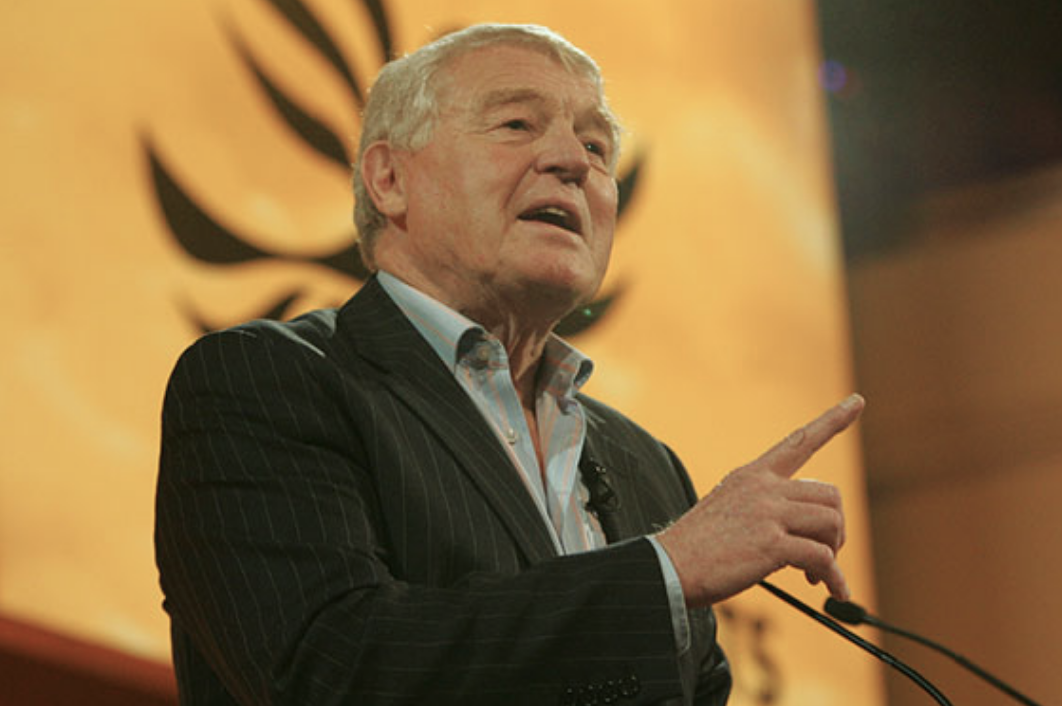 Tributes have been paid to former Liberal Democrat party leader Paddy Ashdown who has died aged 77 following a short illness.

A statement from the party said the former MP for Yeovil “made an immeasurable contribution to furthering the cause of liberalism” and would be “desperately missed”. The party’s current leader Sir Vince Cable said it was “a hugely sad day”.

Lord Ashdown led the party between 1988 and 1999, making him its longest-serving leader. He was diagnosed with bladder cancer in October.

He was born in New Delhi on 27 February 1941, the eldest of seven children. When he was four years old, his family returned to Britain to buy a farm in Ulster.

A former Royal Marine officer, he was the first elected leader of the Liberal Democrats and steered a weakened party to its best election result for half a century. His military experience meant he was well-suited for the role he later undertook following the Bosnia conflict.

Scottish Liberal Democrat Leader Willie Rennie said: “Paddy Ashdown was an inspiration to so many people and I am proud to count myself as one of them.

“In a few short years his fighting spirit and clarity of thought took the party from the wreckage of the SDP Liberal merger to the strongest liberal force since the first world war.

“Paddy had time for everyone, guided and nurtured the party, converted even the fiercest foe and committed his heart and soul to the success of the liberal ideal.

“From the first moment I met him whilst working for the party in Cornwall I followed him on a great journey. Thank you Paddy. My thoughts are with Jane and the family.”