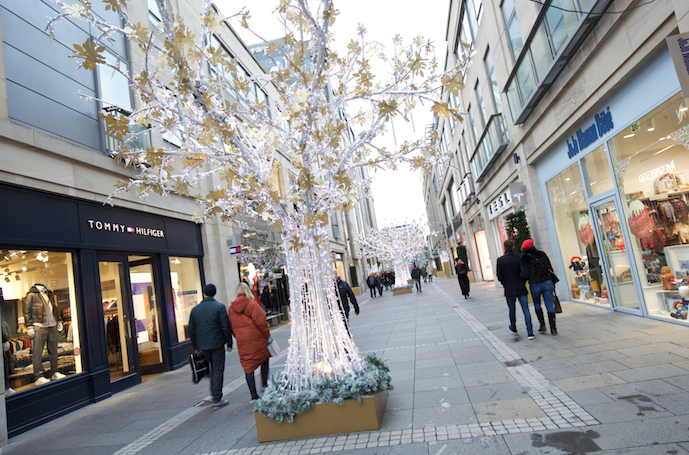 Black Friday had no impact as Scottish sales plunged by 2.1% on a like-for-like basis compared to November last year. Total sales in Scotland fell by 1.6%  the deepest decline since February 2017.

David Lonsdale, director at the Scottish Retail Consortium, said it was poised to be a “nerve-wracking” run up to the Christmas after a “bruising” year for retailers.

“Grocery sales grew but at a less pronounced pace than witnessed during the summer and early autumn. The gulf between food and non-food categories became starker, with the latter sinking markedly – to a twenty-year low – despite Black Friday discounting and the proximity to Christmas.

“Retailers now face a nerve-wracking few weeks leading up to the crucial festive season, after what has been a bruising year for many. It brings into sharp focus the need for the Scottish Government to take action to support the industry and consumers in today’s Budget.

“Retailers want to see an injection of much needed confidence into the economy, with those on low and modest earnings protected from income tax rises and business cost increases curbed.”

Paul Martin, UK Head of Retail at KPMG, said: “Black Friday sales were disappointing. As we’ve come to expect, online shopping took precedence over the high street, with consumers preferring to browse and purchase items from the comfort of their homes.

“On the high street, clothing and footwear sales in Scotland experienced the deepest decline in sales since measurement began in 2011. Grocery sales were fairly stagnant too, increasing only 2.8 per cent as food price inflation eased compared to the heights of summer.

“Although these figures don’t take into account the full Black Friday weekend, which includes Cyber Monday, it’s clear to see heavy discounting isn’t as successful as it once was in attracting customers to the high street.

“Against a backdrop of deep discounting, sales growth and profitability don’t necessarily go hand-in-hand, and retailers will need to keep a tight focus on margins over the Christmas season.”