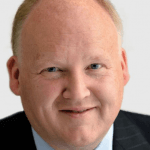 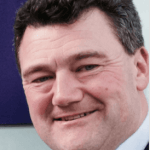 Royal London has announced two key management changes with Kevin Parry taking over as chairman and Phil Loney stepping down as chief executive.

Mr Parry, pictured far left, will leave the board of Standard Life Aberdeen, where he is the senior independent director to join Royal London, Britain’s biggest mutual life and pensions company, in January.

He will replace former Bank of England deputy governor Rupert Pennant-Rea, who has been in the role for five years.

He had been among those tipped to succeed Sir Gerry Grimstone at Standard Life Aberdeen, but the job went to former HSBC chairman Douglas Flint.

Mr Loney, also pictured, is a pensions veteran who cut his teeth at Clerical Medical and Scottish Widows. He will leave by the end of 2019 to concentrate on his longstanding charitable interests in the international development sector and supporting people with learning difficulties.

Since joining Royal London in 2011, Mr Loney has overseen 154% growth in the UK’s largest life, pensions and investment mutual from £46 billion assets under management to £117 billion at the end of June 2018.

Total life and pension new business sales for Royal London have quadrupled from under £3bn in 2011 to over £12bn in 2017, creating a business that is a top four new business player in its key sectors.

Mr Loney has led the transformation of Royal London from a collection of individual brands – including Scottish Life and Scottish Provident – into a single brand. Financial results for 2017 reflected the expanded revenues with EEV pre-tax profit at £594 million (compared to £321 million in 2016). Over one million Royal London members and qualifying customers share in the profits as a result of its unique ProfitShare scheme which has paid out over £750 million.

Mr Pennant-Rea said: “On behalf of the board I would like to thank Phil for his dedication to and success in transforming the scale, reach and visibility of Royal London.  He leaves the business both in a significantly stronger position than when he joined and extremely well-positioned for continued future success.”

Mr Loney, who lives in Bristol, said: “It has been an incredible privilege to lead Royal London over the last seven years and to work with so many dedicated and professional colleagues.

“I would like to thank Rupert and all of my board colleagues for their support in allowing us to take bold decisions in the pursuit of making Royal London a truly successful financial mutual.  Growing this business has been a real team effort with all credit to my executive team and their people.

“I am particularly proud that, as a member-owned business, our customers are centre-stage and we are able to reward them by sharing our profits. I have no doubt that Royal London will continue to go from strength to strength and I wish all of our people continued success in years to come.”