PM feared defeat would force her to quit

May scraps Brexit vote amid turmoil on government benches 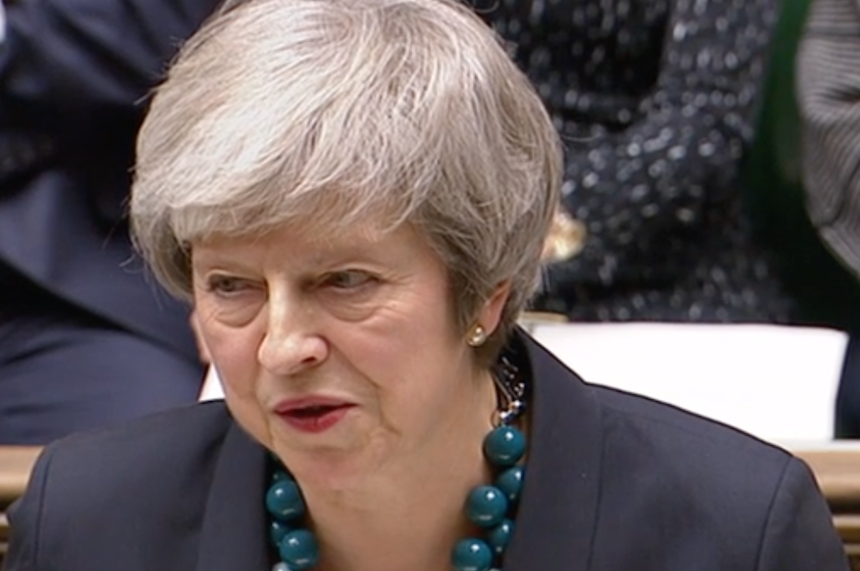 The Prime Minister is clinging on to office

Theresa May today called off tomorrow’s Brexit vote ahead of what seemed a certain and embarrassing defeat which might force her to resign.

The Prime Minister told MPs in a statement that “if we went ahead and held the vote the deal would be defeated by a significant margin.”

She opened to a chorus of laughter when she said she had “listened very carefully to what has been said in this Chamber and out of it by members from all parties.”

However, she went on to insist there was no other workable deal and that whatever deal emerged would have to be a compromise.

She said she will now hold further talks with EU leaders on the crucial issue of the Irish “backstop” which creates a hard border that is seen as the critical point of issue, but she declined to say when a vote would take place.

Mrs May avoided questions from LibDem leader Sir Vince Cable and Labour’s Hilary Benn on how many EU leaders had indicated they would be willing to renegotiate. She also repeatedly resisted calls for a second referendum.

Sir Vince and other members of the House said they would support Labour leader Jeremy Corbyn if he laid down a motion of no confidence.

Earlier there had been an extraordinary hour of denial and apparent confirmation, adding further confusion to the most challenging political decision of recent times.

At 10.45am news leaked that Mrs May was preparing to pull the vote. Just after 11am journalists attending a media briefing were told “the vote is going ahead as planned.” The briefing ended at about 11.20. At 11.30 ministers were talking openly about the vote being postponed.

Within the next two hours at least five Conservative MPs were saying they were not happy about the vote being delayed.

A frantic Mrs May had spent the last few days engaged in discussions with MPs, trying to persuade them that the Northern Ireland backstop could be modified.

She has also been speaking to EU leaders about re-opening the withdrawal agreement, something both sides have previously ruled out.

Carolyn Fairbairn, CBI director-general, said: “This is yet another blow for companies desperate for clarity. Investment plans have been paused for two and a half years.  Unless a deal is agreed quickly, the country risks sliding towards a national crisis.

“Politicians on both sides of the Channel need show leadership, by building consensus to protect both the UK and EU’s prosperity. No one can afford to head into Christmas with the threat of no-deal costing jobs and hitting living standards.”

Dr Adam Marshall, director general of the British Chambers of Commerce, said: “Firms are looking on with utter dismay at the ongoing saga in Westminster, and express concern that politicians are seemingly acting in their own interest, with little regard for the millions of people whose livelihoods depend on the success of UK business and trade.

“Many business leaders will be intensely frustrated by yet another delay in this drawn-out process, which impacts real-world business conditions, not least currency markets. Businesses are clear that time is rapidly running out.” 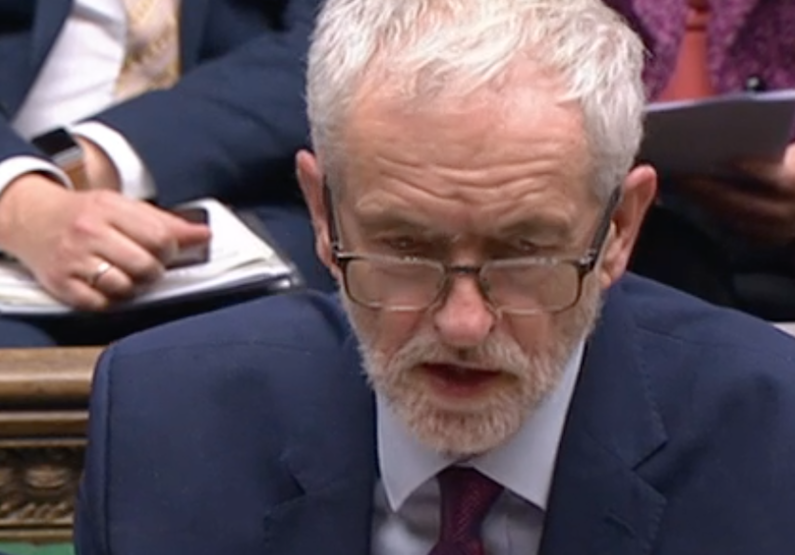 “Bringing back this same botched deal either next week or in January – and can she be clear on the timing? – will not change its fundamental flaws and the deeply held objections right across this House which go far wider than the backstop alone.

“The deal damages our economy, and it isn’t just the Opposition saying that, the Government’s own analysis shows this deal would make us worse off.

“If the Prime Minister cannot be clear that she can and will re-negotiate a deal then she must make way.”

Earlier, he said: “We have known for at least two weeks that Theresa May’s worst of all worlds deal was going to be rejected by Parliament because it is damaging for Britain.

“Instead, she ploughed ahead when she should have gone back to Brussels to renegotiate or called an election so the public could elect a new government that could do so.

“We don’t have a functioning government. While Theresa May continues to botch Brexit, our public services are at breaking point and our communities suffer from dire under-investment.

“Labour’s alternative plan for a jobs first deal must take centre stage in any future talks with Brussels.”

News of the postponement came hours after the European Court of Justice ruled the UK can cancel Brexit without the permission of the other 27 EU members.

It immediately raised hopes amongst anti-Brexit campaigners that Britain could abandon its plans to quit the EU.

SNP MP Joanna Cherry, who was among those who lodged the action, said: “I’m delighted that we now know definitively that there is an option to stay in the EU.  The UK government has ignored Scotland’s vote to remain and all compromises suggested by the Scottish Government.

“They also fought us every inch of the way in this case, so it’s a particularly sweet irony that Scottish parliamentarians and the Scottish courts have provided this lifeline to the UK parliament at this moment of crisis.”

However, European Commission spokeswoman Mina Andreeva said the EU would not renegotiate the Withdrawal Agreement.

In a press briefing, she said: “We take note of the Court of Justice judgment today on the irrevocability of Article 50.

“We have an agreement on the table which was endorsed by the European Council in its Article 50 format on 25 November.

“As President Juncker said, this deal is the best and only deal possible. We will not renegotiate – our position has therefore not changed and as far as we are concerned the United Kingdom is leaving the European Union on 29 March, 2019.”