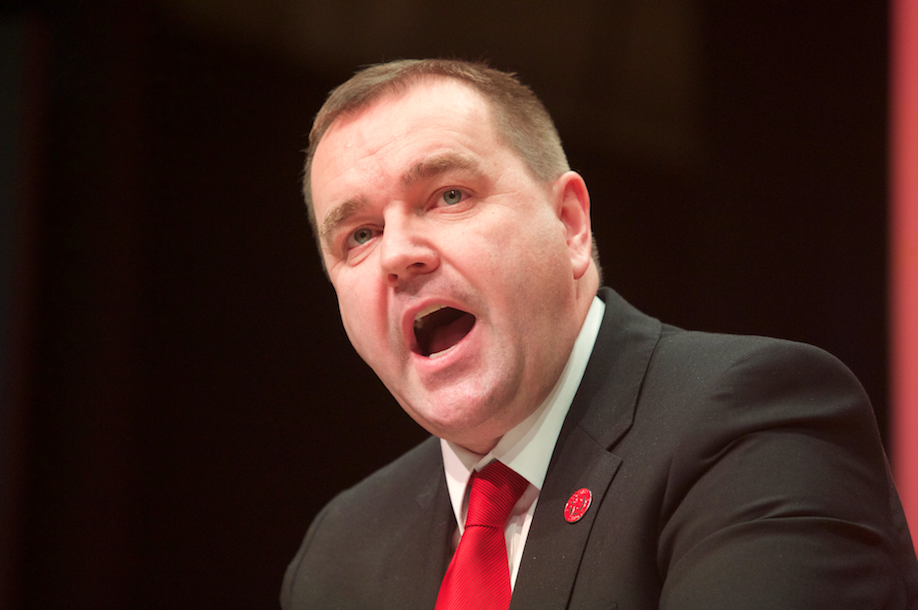 Scottish Labour has called for an inquiry into government grants handed out to companies such as Kaiam Europe and Kaiam UK in Livingston which made 310 workers redundant on Christmas Eve.

MSP Neil Findlay has written to the convenor of Holyrood’s Economy, Energy and Fair Work committee,Gordon Lindhurst, calling Kaiam’s action a “brutal blow” and demanding an inquiry into the support packages being handed out.

The Kaiam workers were also told that wages owed to them would not be paid.

In 2014, the firm was given an £850,000 Scottish Enterprise grant to relocate some of its production from a site in China to Livingston.

The text of Neil Findlay’s letter, sent on Christmas Eve before the workforce was informed:

I am writing to you following the recent events at Kaiam UK Livingston and urge you to hold an inquiry into:-

1) How Government grants, loans and other financial support is given?

2) What conditions apply to them?

3) Whether these are a good use of public money or not?

4) How such money is recouped should the business awarded support not fulfil its obligations relating to the initial award of the grant.

5) And how accountable are companies and their directors for the public money they receive?

The recent actions of this company left 300 workers owed wages just before Christmas and unsure of their future. This is a brutal blow to the individuals and families concerned and to the local economy.

It is my understanding that Kaiam had been in receipt of Scottish Government financial support in recent years.

Time and again we see companies being funded via grants or loans as part of a deal to get them to locate or stay in Scotland. This is of course an established and long standing policy of many Governments across the world, past and present, however l think the time is right to examine these issues more closely and re-evaluate how effective it is.

As Members of Parliament we have an obligation to protect our constituents, ensure we have a stable economy and that public money is used well and in the interests of our people.

I hope you will give this your full consideration.

Carbon Dynamic, which plunged into administration on 6 December, has been sold to Pat Munro (Alness) as a  new company that will trade as Carbon Dynamic (Scotland).

Blair Nimmo and Geoff Jacobs of KPMG, who were appointed joint administrators of CLDB, trading as Carbon Dynamic, have been able to save 42 jobs at the Invergordon plant.

Mr Nimmo said: “It is extremely pleasing to secure the sale of Carbon Dynamic in such a short timeframe, and to buyers who can see the potential in the business and its skilled workforce.  The sale has achieved a good outcome for many stakeholders and we hope it will benefit the local area.

Brian Munro, managing director of Pat Munro, said: “Pat Munro management and staff have long been aware of the innovative and high-quality products that CLDB offered to the modular building sector.

“We collaborated in previous successful projects and were very saddened to learn of the financial situation which threatened the future of 42 important local jobs.

“As such, we are delighted to add Carbon Dynamic (Scotland) Ltd to the Pat Munro Group and we are committed to continuing, and enhancing, their superb progress to date.”

Scottish Labour has raised concerns about the amount of unpaid overtime being done by workers in Scotland.

Labour says that if each hour was paid at the average hourly pay of £16.60, workers in Scotland would have made an additional £1.9billion in wages.

The party said the figures revealed structural problems in the economy that effectively cut the wages of working class people in Scotland, and says it is vital the Working Time Directive is not only protected post-Brexit but strengthened by ending the opt out.

Scottish Labour leader Richard Leonard said: “Workers across Scotland are doing millions of hours each year for free, and missing out on hundreds of pounds of wages as a result.

“We desperately need to rebalance our economy so that it works for the people, rather than just people working for the economy. Scotland needs a Labour government that will introduce a real living wage and strengthen workers’ rights.

“Working class people should not be forced to do hours of unpaid overtime while the incomes of the richest soar. That is not an economy working for the many, it is one rewarding a privileged few.”