Juncker seeks to defuse row with May over ‘nebulous’ jibe 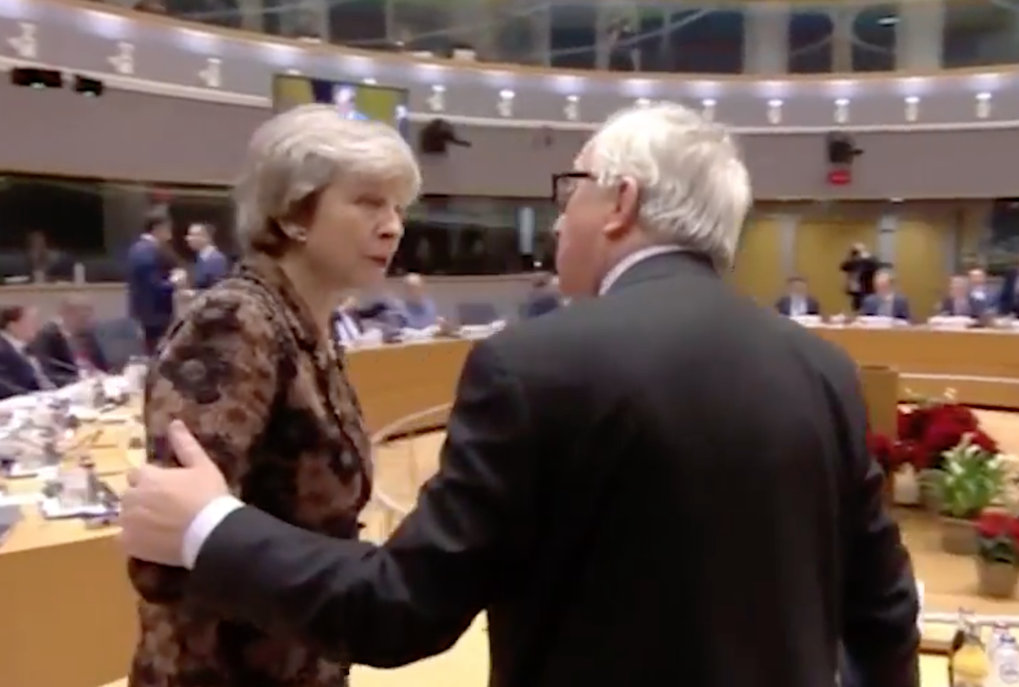 European Commission president Jean-Claude Juncker today attempted to defuse a simmering row with Prime Minister Theresa May after she accused him of describing her as “nebulous”.

Mr Juncker said he regarded Mrs May as a “good friend”, but when asked about what was described as a “robust” meeting with Mrs May in Brussels last night he joked: “We were not dancing”.

The Prime Minister had arrived at the Brussels Summit in a furious mood and confronted Mr Juncker on the floor of the debating room in full view of television cameras.

Speaking today at a post-Summit press conference, Mr Juncker said the word “nebulous” had been lost in translation and that he was referring to the overall state of debate in Britain.

“That is why I was saying it is nebulous – “foggy” in English. I have checked this and last night she was kissing me.”

He said: “I have had so many meetings with Mrs May who is a great friend. I am admiring her. She is a woman of great courage doing a job in the best possible way.”

Mr Juncker said he had followed the House of Commons debate “second by second” and noted “deep distrust” of the EC which would not produce a response from the European Union or the EU –  “although I would like to”.

He indicated there would be room for clarification in the Withdrawal Agreement, but no further negotiation.

Mrs May said she is still hoping to secure concessions from the European Union, particularly on the Irish backstop, that will rescue the agreement and persuade her backbenchers to accept it.