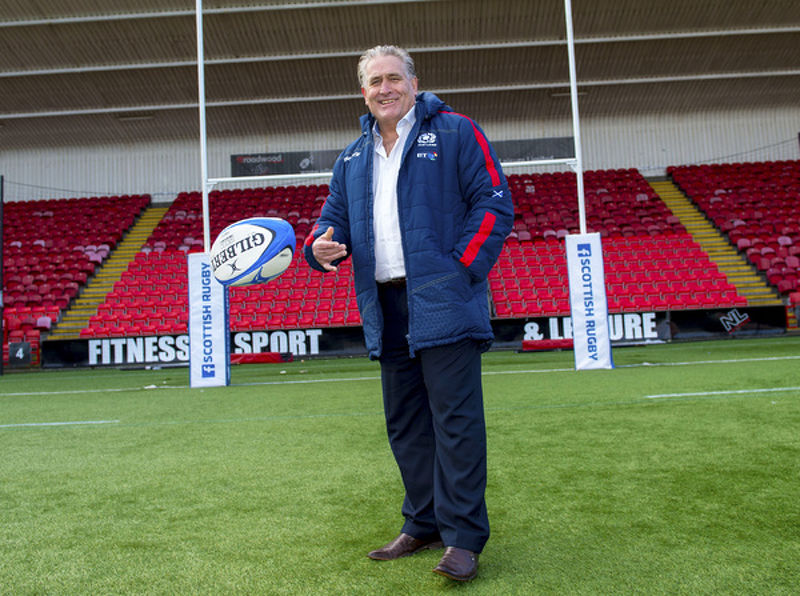 Scott Johnson is leaving his director of rugby role with Scotland after the 2019 Six Nations (pic: SNS Group)

Scott Johnson, Scottish Rugby’s director of rugby, is to leave his post at the end of the 2019 Guinness Six Nations to take up a similar role with Rugby Australia.

Following negotiations between Scottish Rugby and Rugby Australia a satisfactory compensation package was agreed to enable Johnson to leave before the end of his existing contract.

“This has been a big decision but for me, right now, it is the right one to make,” said Johnson, who has been in the job since May 2013.

“From the outset I’ve wanted to make Scotland more competitive on the world stage on all levels. I’ve had the opportunity to work with some highly talented and committed people and together I think we have made progress in those areas and hope that will continue in the years ahead.”

Scottish Rugby chief executive Mark Dodson added: “Scott has made a significant contribution to the development of elite rugby in Scotland and he leaves with our heartfelt thanks and appreciation for the work he has done.

“His unrivalled global rugby knowledge and connections at every level of the game have hugely benefited the development of how our game in Scotland has progressed in recent years, be that working with head coaches, forming partnerships beyond our borders and establishing Scottish Rugby’s high performance department to the level it is today.

“He leaves with our best wishes for the next stage of his career.”

Aussie Johnson joined Scottish Rugby in 2012 as part of Andy Robinson’s national team coaching group and became interim head coach in 2013 for the Six Nations and summer tour that year following Robinson’s resignation. Johnson took on the role of director of rugby that May as Robinson’s successor was recruited and plans put in place for the 2015 Rugby World Cup.

The 56-year-old has been instrumental in, and responsible for, securing the services of a series of head coach roles during his tenure, including those of Vern Cotter, Dave Rennie and Richard Cockerill, alongside providing the coaching pathway for aspiring Scottish coaches through the age-grades, women’s rugby, assistant coach and 7s team roles.