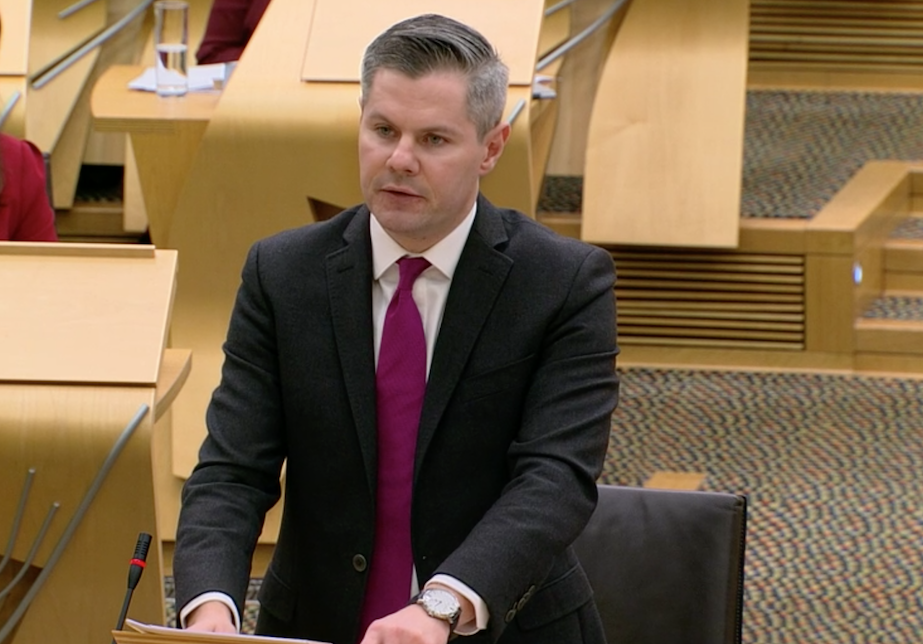 Derek Mackay: ‘now not the time to cut tax for high earners’

Mr Mackay said Scotland’s tax regime was fairer and would mean overall that taxpayers north of the border were paying less than other parts of the UK.

Mr Mackay said someone in Scotland earning £62,149 – the same as an MSP – would pay £30 a week more than in England, but this was before taking account of benefits such as tuition fees and prescription charges that are paid by the state.

“Now is not the time to cut tax for higher earners at the expense of public services,” he told MSPs. His measure aims to raise £68m for public services.

However, Moira Kelly of the Chartered Institute of Taxation said: “The income tax changes proposed by the Scottish Government will mean that from next April, based on our initial calculations, Scottish taxpayers earning more than £26,990 per year will pay more in tax than their peers south of the border.

“The decision to freeze the higher rate threshold is unlikely to result in a rush to mitigate the higher rates of Scottish tax – for example by relocating to other parts of the UK or choosing to incorporate a business in order to benefit from lower rates of UK corporation and dividend tax.

“But they do lend themselves to a growing perception that Scotland is taking a different tax tack to the rest of the country, particularly as the UK income tax regime moves in the opposite direction.”

David Ovens, who heads up the Archangels investment syndicate, tweeted: “So there we have it – software engineers, data analysts, bioinformaticians, the skilled people who drive the Scottish Tech and life sciences sector will be paying £1500 more than their counterparts in the rUK. There is already a skills shortage and this compounds the problem.”

Mr Mackay said he would introduce measures outlined in the Barclay Review of business rates and, having listened to business’s concerns about an out of town levy, said “it would not be right to introduce such a tax at this time”. 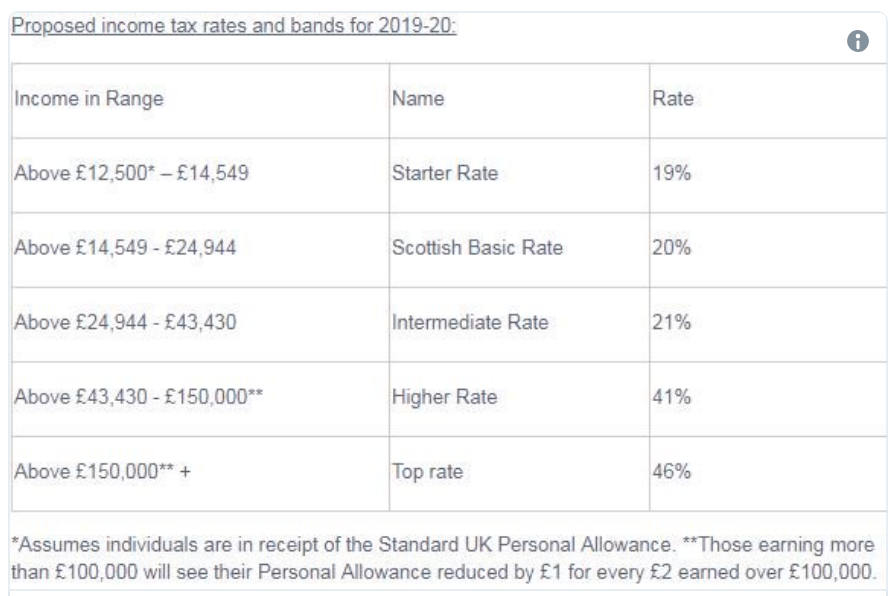 He acknowledged that Barclay was seeking to help town centres and to that end Mr Mackay announced a new £50m capital fund to support diversification and development of town centres.

He capped the increase on business rates at a below inflation rate of 2.1% and raised the rate of the additional dwelling tax from 3% to 4%.

Tory MSP Dean Lockhart insisted Scotland will be the highest tax part of the UK for businesses, making it difficult for business to expand. He asked why Mr Mackay had not cut the business supplement.

Labour MSP James Kelly said public services are at “breaking point” and teachers are writing to parents about unprecedented cuts.

“This is yet another woeful SNP budget,” he said: “Scotland has been let down by Nicola Sturgeon’s timid government and Derek Mackay’s timid budget.”

He and Patrick Harvie, co-convener of the Green Party called for more help for struggling local councils.

Andrew McRae, FSB’s Scotland policy chairman, said: “This is a mostly savvy budget proposal that should give smaller firms some much needed stability.

“We’re pleased to see Derek Mackay back the FSB’s idea for a new Scottish town centre diversification fund. Similarly, a below inflation increase to business rates will give many smaller firms outside existing help much needed breathing space.

“While there are areas where we’ll press Ministers to take additional action or give us more details, this looks like a no-gimmick budget at a difficult time.”

CBI Scotland Director Tracy Black said:  “We welcome the fact that the Finance Secretary has listened to CBI Scotland and other stakeholders on business rates, scrapping the unhelpful out-of-town levy, capping the poundage rate and confirming the switch from RPI to CPI for the duration of this parliament.

“However, with weak growth, demographics shrinking our workforce and Brexit continuing to cause uncertainty, the failure to close the growing income tax gap between Scotland and the rest of the UK puts added pressure on an economy already crying out for talent and investment.”

Scottish Retail Consortium director David Lonsdale said: “With Scottish retailers feeling the pinch after a difficult year we’re glad the Finance Secretary has been more Christmas Elf than Mr Scrooge in this year’s Budget. The move to set the most competitive headline poundage rate in the UK is welcome, as is the move to scrap complex and costly proposals for an out-of-town rates levy.

“Similarly moves to protect ordinary workers from income tax rises and investment in infrastructure, housing, and skills are positive which should support the economy. The new Town Centre Fund appears to be a promising initiative and we’ll await the details with interest.

Liz Cameron, director & chief executive, Scottish Chambers of Commerce, said: “The Cabinet Secretary has responded to the calls of Scottish business and announced the scrapping of the out of town levy, which was not practical or plausible.

“The main Uniform Business Rate (UBR) is being kept lower than England is positive, however, the continuation of the 2.6p large business supplement is not good news for larger companies.”

PCS National Officer Lynn Henderson said: “Mr MacKay promised his own staff that the wage decline they have suffered as a result of austerity was over and that last year’s scrapping of the 1% cap represented the first step in a journey towards restoring pay.

“Not only has that journey stalled at the first step, workers across the Scottish civil and public services will feel betrayed by today’s announcement. Plenty of us expect broken promises from the Tories, but in good faith, we took the Cabinet Secretary at his word.

“Our members have lost hundreds of millions of pounds in pay over ten years and the impact on their living standards has been cruel and severe. 3% this year just isn’t good enough, it’s below inflation and therefore, it’s a pay cut.

“The Scottish Government needs to show some courage here, to defy Tory instability and insecurity and give public sector workers the wage they deserve, or otherwise face the consequences of this broken promise.”