Greencoat UK Wind has acquired the Douglas West wind farm in Lanarkshire from Blue Energy in a deal worth £45 million.

Completion is expected to take place in Q1 2019, subject to the finalisation of construction, operation and maintenance contracts.

Douglas West is seven miles south west of Lanark. It will have a total capacity of 45MW and will be subsidy free. Commercial operations are expected to start in July 2021.

Owner’s engineer and construction management services will be provided by Natural Power and Blue Energy. All construction contracts will be fixed price and include appropriate warranties and liquidated damages.

Acquisition and construction costs over the period January 2019 to July 2021 are expected to be funded through reinvestment of UKW’s excess cash flow.

The acquisition of Douglas West follows the recent acquisition of the Tom nan Clach CFD project and will account for less than 3% of the portfolio by value, once operational and assuming no further acquisitions. Overall portfolio returns remain in line with UKW’s investment objective.

Tim Ingram, Chairman of UKW, said: “Once operational, Douglas West will sit alongside our existing 32 ROC investments and, with Tom nan Clach also incorporated, will increase our generating capacity to 910MW as part of our balanced portfolio.”

Stephen Lilley of Greencoat Capital added: “During 2018 we have continued to build our portfolio with investments and commitments totalling over £500 million, of which approximately 70% are in ROC accredited wind farms.

“Although we are starting to see attractive CFD and subsidy free investment opportunities, we expect the majority of future investments will continue to be made from the £50 billion pool of UK wind farms accredited under the ROC regime.”

The UK Government has been criticised for closing the Feed-in Tariff scheme through which renewable energy generation under 5MW is supported.

The scheme will end in March and Hannah Smith, senior policy manager at Scottish Renewables (pictured) said: “The UK Government’s disappointing decision to close the Feed-in Tariff scheme jeopardises our ambitions for small-scale renewables, community-owned energy and the smarter, cleaner energy system which we need to fight climate change. 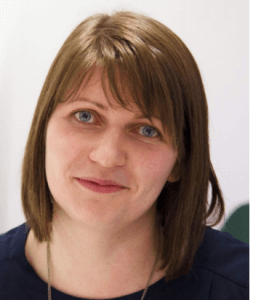 “Meeting the ambitions set out by Government in the smart systems and flexibility plan requires a robust and varied mix of renewable energy technologies. It is critical that a credible pathway setting out viable market-based solutions is in place before support for this scale of generation is removed.

“Without that pathway, industry will face significant challenges in the shift to the ‘smarter, cleaner future’ which Ofgem predicted could cut household bills by £45 a year.

“While commitment to a number of grace periods is to be welcomed, it is particularly frustrating that comments made by the Minister in Parliament last month (Nov) regarding the export tariff have not been recognised in this consultation response, and that new small-scale renewable projects which connect from next spring will, under these plans, be providing electricity to the national grid for free.

“This decision is of particular concern for small Scottish projects, which are already facing significant cost increases because of a number of ongoing Ofgem reforms, as well as for the Scottish Government’s ambition that 2GW of community or locally-owned energy be installed by 2030.

“The Feed-in Tariff is a major driver of community-scale renewable energy, and we have already begun discussions with the Scottish Government to identify areas we can work on together to support the small-scale renewables sector, and look forward to continuing this.”