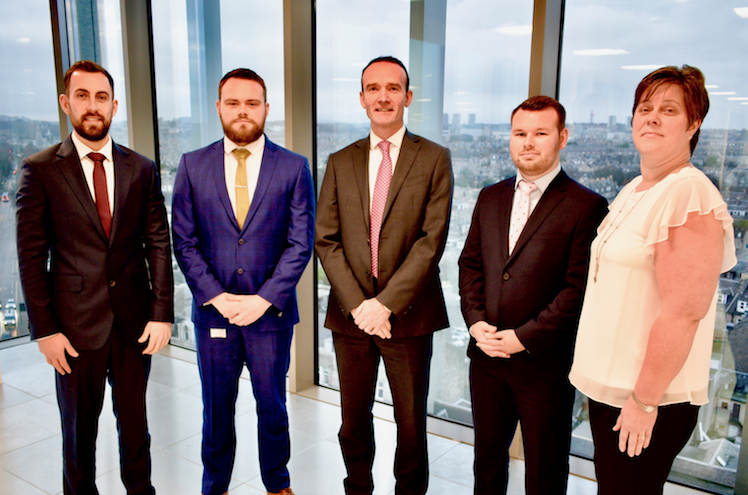 Grant Thornton has hired four team members in the last month and relocated to larger office space as it continues its expansion in Aberdeen.

The firm has achieved a number of significant client wins – across its audit, tax and advisory services – since it opened in the city in 2016.

They strengthen the firm’s range of services in the North East of Scotland and provide for further growth in key sectors.

The team has moved to larger offices in its existing base at The Silver Fin Building, in the heart of Aberdeen. Grant Thornton now has offices, in Aberdeen, Glasgow and Edinburgh.