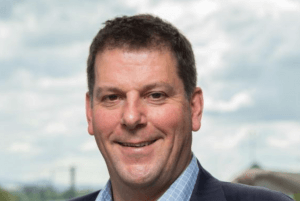 A majority of finance professionals now believe a No Deal Brexit is either “very likely” or “quite likely”, though fewer than half have made preparations for it, according to a new survey.

It found that 65% of respondents were expecting Britain to leave the EU in March without a deal but only 45% believe their organisation is either “very prepared” or “quite prepared” for such an outcome.

However, the latest Brexit Tracker Survey from ICAS, the accountancy professional body, in association with leading law firm Brodies showed more respondents (29%) believe the UK will be a member of the EU customs union compared with 17% in the summer survey.

The poll was based on responses from more than 400 members of ICAS across the UK, and was carried out in November, during the week that the draft withdrawal deal was published and agreed – albeit with several resignations – by the UK Cabinet.

Asked whether they were aware of, or had read, any of the UK Government’s notices on the implications of a “no-deal” Brexit 22% of respondents were aware of the paper on Accounting & Auditing and, of those, 4% had actually read it. Of those who had read a summary or the whole paper, 53% found it “quite useful” (47% said it was “not useful”).

Half of respondents were aware of the series of notices on the implications of “no-deal” and 8% had actually read at least one paper. Of those who had read a summary of at least one paper, or any whole paper, 58% found it “useful” (42% said it was “not useful”).

Bruce Cartwright, ICAS chief executive (pictured), said: “Businesses are trying to plan for the future against a difficult political backdrop with no clear consensus. There’s no doubt that the clarity they need to prepare for Brexit is in short supply. Nevertheless it’s concerning that only 45% of respondents believe their organisation is prepared for a no-deal Brexit.

“A lack of consensus makes for challenging times, but we have to hope that the current parliamentary debate will tackle some thorny issues and start to deliver much needed clarity. In the meantime, ICAS will seek to inform and support our members, and the wider business community.”

On the UK economy, over the next two years 86% see interest rates increasing; 65% expect sterling to fall; and 75% expect inflation to rise.

Christine O’Neill, chairman of Brodies, commented: “Given the uncertain political environment the prospect of a no-deal exit from the EU cannot yet be discounted. There is no call for Brexit-related hysteria, but I would recommend that no-deal planning moves up on everyone’s agenda.”