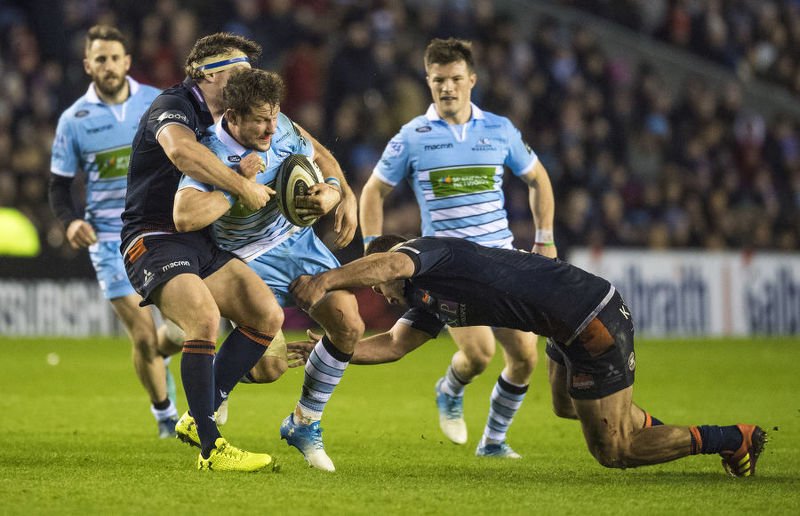 Glasgow Warriors have it all to do after being dominated by Edinburgh in the first leg of the 1872 Cup (pic: SNS Group)

Richard Cockerill hailed his ‘outstanding’ Edinburgh side after they established a 16-point lead over Glasgow in the first leg of the 1872 Cup.

The home side dominated proceedings at BT Murrayfield in front of 21,000 spectators and carved out a deserved advantage to take into the return meeting at Scotstoun.

“I thought we were outstanding; we pressured them into making errors and took advantage,” said Cockerill. “I’m really proud of the performance.

“They came here to win, they picked their best side, they wanted to come here and physically dominate us and they weren’t able to.

“We are a tough team to beat and we were tough to beat today. We are a good side, we are developing really well and we are going to get stronger and stronger.”

That’s bad news for Glasgow, who were well off the pace for large chunks of a game many fancied them to win.

The comfortable scoreline didn’t flatter the hosts, Glasgow contributing to their own demise with Edinburgh’s two tries stemming from breakaways.

On both occasions van der Merwe was in the right place at the right time to take passes from Adam Hastings.

Warriors coach Dave Rennie said: “It was well under the intensity and accuracy we’ve been playing with over the last few months.