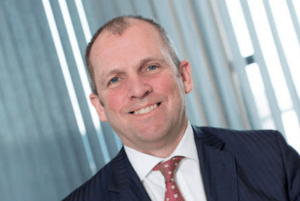 DNO ASA, the Norwegian oil and gas operator, has urged shareholders in Faroe Petroleum to consider a number of performance issues before they decide whether to accept its £608m cash bid by the 2 January closing date.

The Norwegian firm has pointed to delays on delivery, weak return on equity in four key questions for investors to consider.

It says its offer of 152p per share, launched on 26 November, reflects a 44.8% premium over the Faroe share price of 105p as at 3 April 2018 – the day before DNO announced its first acquisition of Faroe shares triggering takeover speculation.

It describes the current offer as “full and fair, even generous.  It is doubly so in an increasingly uncertain oil and equities market,” it says in a statement today.

While Faroe’s share price has been underpinned by the DNO Offer at 152p, it notes that its peer group has fallen by 34% over the past three months. If Faroe’s share price had performed in line with its peers, it would now stand at 106p, “or possibly lower still if measured against pre-takeover speculation levels”.

DNO asks: “Is it sensible — or self-serving — for the Faroe board of directors to continue to claim that the DNO Offer is “opportunistic” and to advise shareholders to do nothing when provided the certainty of a cash offer of 152p in these depressed market conditions?”

In weighing the advice of the Faroe board of directors, it says shareholders should consider four questions:

1.   If Faroe genuinely believes the company is worth more than 152p per share, why does it not publish a robust valuation report and provide important updates on financial and operational matters, including the status of the Brasse East well, to support this claim?

2.   If Faroe is delivering “transformational growth”, why, among other setbacks, has first oil from the flagship Brasse field been delayed by two to three years in the past two years?  And why does Faroe persist on calling on DNO to revise its Offer to reflect the “significant benefits created by” the Equinor swap when Faroe itself announced on 5 December 2018 that this swap is value neutral?

3.   If Faroe has “a proven track record of delivering value to all shareholders”, why has the company provided a negative return on invested equity?

4.    If Faroe’s remuneration is in line with oil and gas peers, why is the dilution to shareholders from the various Faroe option schemes significantly greater than its peers in the North Sea and Norway (as measured against Enquest, Premier Oil, Cairn, Lundin and AkerBP)?

Graham Stewart, chief executive of Faroe (pictured), insisted on Monday that the bid undervalues the company, a view shared by analysts including Cantor Fitzgerald and Jefferies.

“I would like that we could continue to be an independent company.  If that can’t be done then they need to pay the right price and they are definitely not offering it,” he said.

“We can’t say what that right price is, that’s entirely up to the shareholders. They have to weigh up near-term cash and retaining support of a company that is growing.

“We recognise that everything has a price at the end of the day. We have taken the view that it is an opportunistic attempt to get the company on the cheap because the oil price is low, it’s the end of the year – stuff like that.

“We have really had to make it clear because we’ve been criticised very publicly by DNO on a number of matters that are intended to damage our reputation and any suggestion of support we may have by our shareholders, on our competency, performance, etc.

“So we’ve had to correct this to provide a clear picture of the performance of the company. It’s all we can do at the end of the day, the rest is entirely up to the shareholders.”

Faroe shareholders have until 1 pm London time on 2 January 2019 to make their decision. If DNO does not receive sufficient acceptances for its offer to be unconditional, DNO has the choice either to lapse the offer or to extend it.

If DNO elects to lapse the offer, it cannot make a new offer for another 12 months (subject to exceptions in the Code) and there can be no assurances as to DNO’s longer-term ambitions.