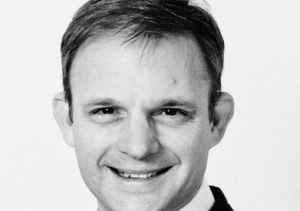 The company also announced that it intends to raise £3m, via a share placing at 2.5p per share. Irrevocable undertakings for at least £3m have already been received.

Munich-based Infochem has a 25-strong payroll selling chemical data management software to some of the world’s largest pharmaceuticals companies, including Astrazeneca and BASF.

DeepMatter employs 18 people in Glasgow and has strong links to Glasgow University. The funds will be used to expand the team in Glasgow by approximately a third, adding further software developers and data scientists as well as provide working capital.

The funding will also support its DigitalGlassware platform, an AI-enabled cloud-based software and hardware platform which allows chemistry experiments to be recorded and entered into a shared cloud database.

DeepMatter recently conducted a number of trial agreements for DigitalGlassware and is now looking to deploy the platform to a broader range of users.

Shares in DeepMatter were up 1.8% at 2.90 pence in early trade on Thursday, giving the AIM-quoted company a market capitalisation of £16m.

Chief Executive Mark Warne said: “The acquisition of Infochem will accelerate our strategy, bringing additional expertise, software tools and an existing sales channel, strengthening and accelerating the commercialisation of our platform.

“The net proceeds of the proposed placing will enable further technology development, including integration of Infochem’s cheminformatics capabilities into DigitalGlassware and an increase in our marketing activities, as we seek to expand our user base in 2019.”