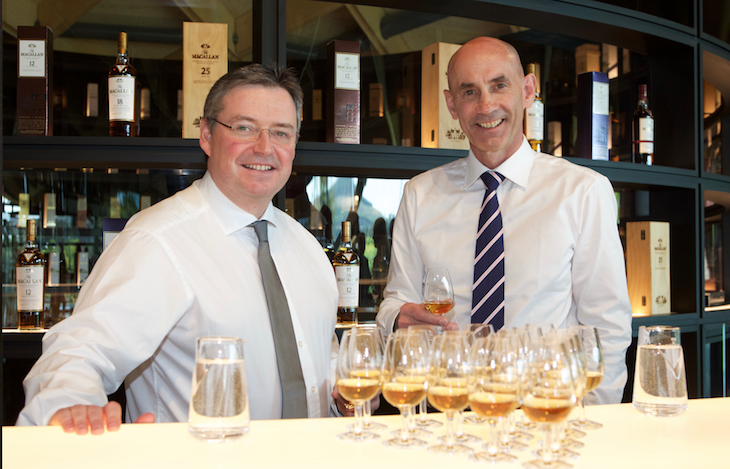 Ian Curle, chief executive of Edrington, the producer of Famous Grouse and The Macallan scotch whisky, is to retire in March after 15 years in the role.

He will be succeeded by Scott McCroskie, currently a member of the Edrington board and managing director of The Macallan.

“On behalf of the board of directors, I want to thank him for his 32 years of outstanding service, and particularly the 15 years in which he has been a wise and inspiring chief executive.

“Ian exemplifies the Edrington ethos of ‘giving more’ and his vision has transformed Edrington, positioning the company well for the great opportunities that lie ahead. We wish him a very happy retirement, together with his wife and family.” 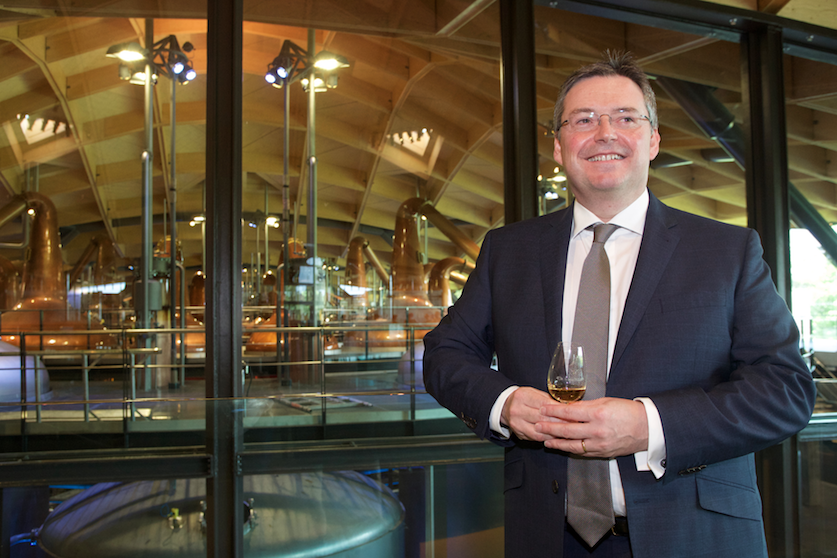 Mr Gillies said: “Scott has accumulated a wealth of experience during 20 years in senior roles in the drinks industry.

“As an Edrington board director and managing director of The Macallan, he has delivered remarkable success and contributed greatly to the business. He is the right leader to build on Ian’s hugely successful tenure and help write the next chapter of Edrington’s history.”

Mr Curle’s stewardship of Edrington has transformed the business from a Scotch Whisky producer employing 900 people, to a leading premium spirits brand building company with 3,000 employees. In that period, The Macallan has become the world’s most valuable single malt, sitting at the top of a portfolio that also includes Highland Park, The Glenrothes and The Famous Grouse.

During his 15 years at the helm, the company has invested and developed a worldwide sales and distribution network of wholly owned and joint venture companies in Asia, the Americas, Europe, the Middle East, Africa and the Dominican Republic.

Earlier this year he oversaw the opening of the £140 million distillery and brand home of The Macallan in Speyside, regarded as a new wonder of the modern industrial age. The company has also relocated its headquarters from the west of Glasgow into the city centre.

Mr Curle said: “It has been a privilege to have been part of a unique and genuinely leading organisation that contributes so much to the industry and so much to Scotland. I would like to thank the trustees of our principal owner, The Robertson Trust, for their support over many years.

“I have been fortunate to work with an exceptional group of people across our board and senior leadership team. Today, Edrington is an international team of 3,000 of the most talented, dedicated and generous people in our industry, representing several of the world’s finest premium spirit brands.

“Edrington’s best days lie ahead, and through Scott’s leadership it will continue to be an ambitious, dynamic business, and a cornerstone of the Scotch Whisky industry that maintains and nurtures the ethos of giving more that has underpinned the company for 157 years.”

Mr McCroskie said: “It has been a privilege working with Ian over the past 10 years.  He has led Edrington to great success, and leaves an amazing legacy, not least with the new Macallan distillery.

“I am delighted to take on the CEO role from Ian, and fully intend to work with the team at Edrington to build on the strong position we have achieved under his leadership.”