Celtic through as Rangers crash out 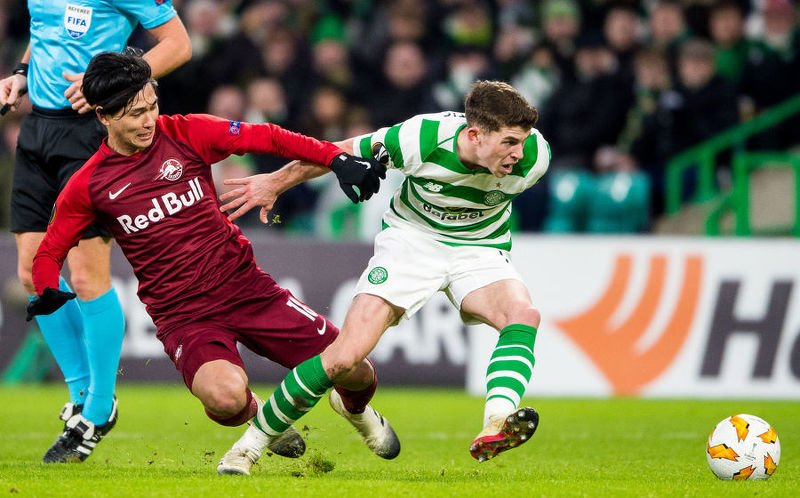 It was a night of mixed fortunes for Scotland’s European hopefuls as Celtic edged through to the last 32 while Rangers came up just short.

Trailing 2-0 at home to Salzburg, the Hoops looked dead and buried until the final moments at Parkhead.

Olivier Ntcham scored on the rebound – Celtic’s first shot on target – after his stoppage-time penalty was saved and when Rosenborg snatched a late equaliser in Leipzig, Celtic’s progress was secured against the odds.

Rangers boss Steve Gerrard piled pressure on the Ibrox board after losing in Austria, insisting he needs more quality to continue progressing.

“To compete at this level and have ambitions to go further, the players need some help,” he said.

“I thought we were good for 80 minutes and I can’t really ask the players to give any more.

“With what we had available tonight, I thought everyone gave an almighty effort and I think it is very hard for me to criticise the players for what they gave.

“I think, if you analyse the journey as a whole, the players have done fantastically well, but the reality is, at this level, we’ve fell a little bit short and that is my job to try and address that.”

Rodgers, meanwhile, was a happy man despite his side’s failings.

“There’s always that initial mixed emotion after you lose a game. We didn’t play well at all,” he said.

“We didn’t press the game well or build the game well enough from the back. We took too many touches in midfield and we lacked quality.

“But the campaign ended tonight in terms of qualification and we’re through, which is a huge effort from every one.

“This campaign was over the course of six games. You see how tough the group is, you see how good RB Salzburg are.

“It’s an incredible effort with all the games the players have been playing. I’m so, so proud of that because we deserved to get there having finished second with nine points.”