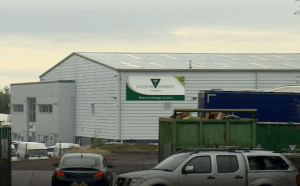 Healthcare Environmental Services (HES), based in Shotts, Lanarkshire, today told staff they were being made redundant with “immediate effect”.

In a letter given to 150 employees in the town and 400 at depots throughout the UK, managing director Garry Pettigrew said the firm had ceased trading due to circumstances “outwith our control”.

Employees were sent text messages warning them they might not be paid this week.  HES claimed its bank HSBC, had refused to release funds.

The company had responsibility for disposing of clinical waste from every hospital, GP’s surgery, dental practice and pharmacy in Scotland.

But it lost 17 contracts with NHS trusts in England earlier this year as a criminal inquiry was launched into a build up of waste at some of its depots.

The company claims the UK government destroyed its reputation.

Mitie has taken on a number of contracts from HES.