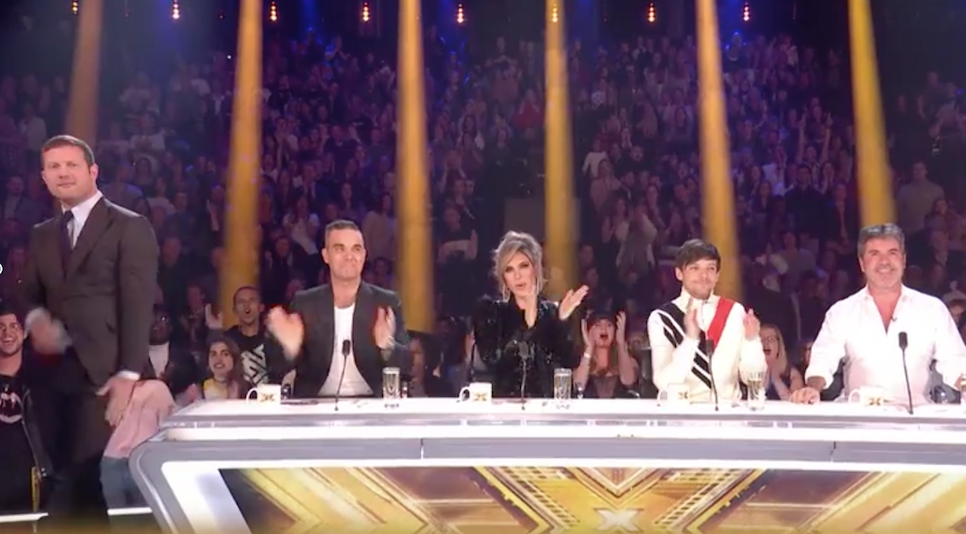 Viewers expressed their dismay during the show

Viewers were already fuming on social media after learning that Robbie Williams will be absent from the judging panel for several weeks in order to fulfil concert commitments.

Saturday night’s show then went into Twitter meltdown when “technical issues” distorted the sound. Viewers complained that two of the acts were made to sound like Daleks, or the voices from the Cadbury’s Smash robot adverts of the 1970s.

There was anger over a late apology from ITV, raising suspicions that the show was not live. This was confirmed later when it was revealed that the show had been pre-recorded for the first time in 15 years so that Robbie Williams could fly off to perform in South America.

The first apologies emerged in tweets from STV and at the end of the show when voting was due to begin during clips of each singer’s performance. A caption appeared on screen announcing that the evening’s vote was cancelled.

A statement appeared on its official website, saying: “We apologise for the technical issue that affected the sound on part of tonight’s episode of The X Factor. We are investigating why this happened.

“We can confirm that Saturday’s public vote has been cancelled and a new vote will open in Sunday’s Results show at 8.30pm on ITV.

All performances are available to view in The X Factor app and on the ITV website and there are no sound issues on those clips.”

The loss of phone votes is likely to dent earnings from one of ITV’s flagship programmes which still dominates Saturday night viewing, even though viewing figures have dropped to the lowest since the ITV show’s launch in 2004.

Nile Rodgers will replace Robbie Williams on the panel on Sunday, but will not have any voting power. The 66-year-old Chic star has advised some of the acts.