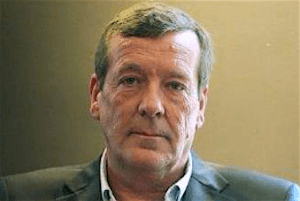 Duncan Wilson (pictured), a travel industry veteran, led the deal just weeks after leaving Minoan and teamed up with Rick Green and Brian Cassidy to complete the management buy-out of Stewart and acquire Middlesex-based Canterbury Travel, a specialist provider of Lapland holidays.

Canterbury will be integrated into the group under the banner of newly-created Brooklyn Travel Holdings, which had been formed as a Bid Co to complete both acquisitions.

The transactions have a combined funding requirement of £23m and were backed by private equity investor Zachary Asset Holdings with HSBC providing £12.75m of acquisition finance and working capital facilities.

Stewart Travel, which has 13 high street shops, has enjoyed double digit growth in revenues year on year while being part of the Minoan Group.

Mr Wilson has a track record in building businesses in the travel sector, notably as CEO of Direct Holidays which was sold to Airtours Group of which he later became UK CEO. The Airtours Group was then rebranded as My Travel Group which was merged with Thomas Cook Group.

After a short spell out of the industry following the merger with Thomas Cook, Mr Wilson joined Minoan initially as a non-executive director. He then established Stewart Travel within the group, Mr Rick Green and Mr Cassidy, who had extensive experience within the travel industry having worked with Mr Wilson  in previous businesses.

Mr Wilson said: “We are all delighted to have concluded what was a reasonably complicated series of transactions.  We warmly welcome everyone connected to Canterbury business to the Brooklyn Travel family of companies.”