Sturgeon should admit being ‘duped’ by China partner 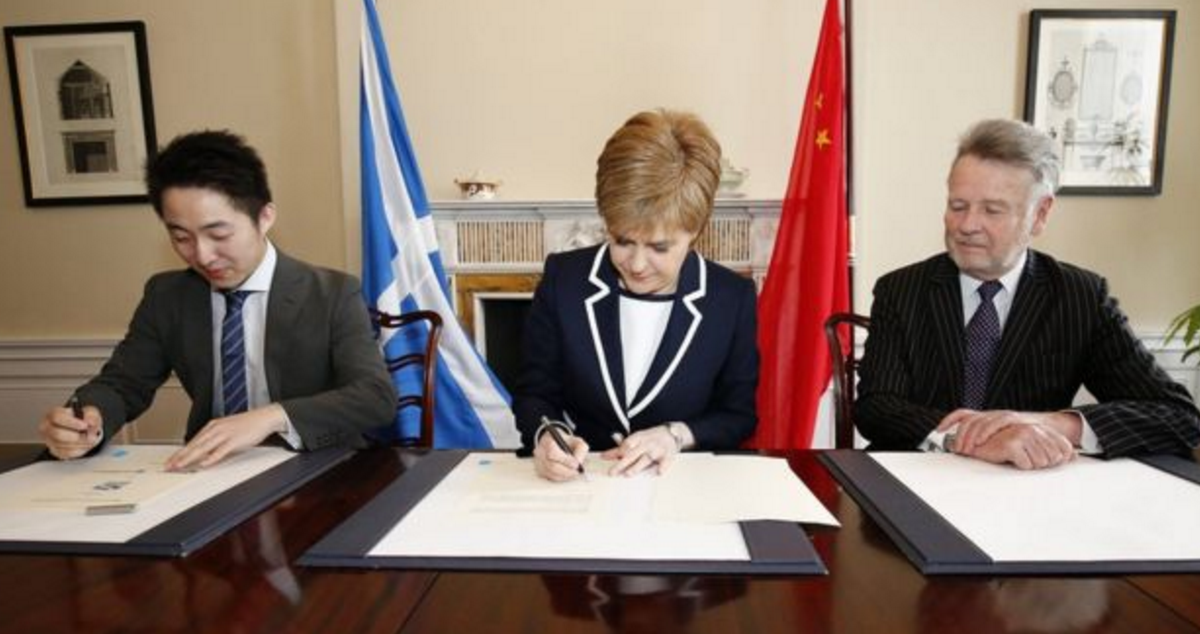 First Minister Nicola Sturgeon’s judgement has been questioned after a Chinese company she expected to provide billions in investment has now been dissolved.

Ms Sturgeon agreed a deal two years ago with Sinofortone Group which pledged £10 billion to back Scottish infrastructure projects.

But it has emerged the company has been formally dissolved via a compulsory strike-off by the Registrar of Companies.

It collapsed after revelations about SinoFortone’s complete lack of financial strength and a second company, CR3’s, connections to human rights abuses and gross corruption.

The Scottish Liberal  Democrats say these were issues that weren’t discovered before pen was put to paper in April 2016 “because the Scottish Government failed to undertake background checks”.

It has been reported that the fiasco has become “a cautionary tale” in UK-Chinese trading relations.

Liberal Democrat leader Willie Rennie said: “Ministers and their officials had eight separate discussions with SinoFortone and concluded it was a “serious and credible” company.

“Unfortunately, its own fixer, Sir Richard Heygate admitted later it was “all bollocks”. The firm which Nicola Sturgeon and Keith Brown claimed could bring £10 billion of investment has now been struck off.”

Mr Rennie added: “The company generated a cloud of publicity in one part of the UK to build false credibility towards signing a deal elsewhere.

“The First Minister’s signature and photo was gained through talk of theme parks in England and power stations in Wales. [It] was then used as false verification to bolster claims about the purchase of Liverpool Football Club and other investments.

“Ministers should have warned people once they realised they had been duped. They refused, to try to save face.

“The SNP failed at every turn on this alleged multi-billion pound deal. They failed to check the companies’ human rights, corruption and investment history. They failed to make the deal public, and when it was exposed attacked opposition politicians for asking questions.

“Liberal Democrats demand better. We have already forced the Scottish Government to introduce new due diligence procedures because this saga must never be repeated. It dented Scotland’s reputation as an ethical place to do business and is now used as a case study for avoiding pitfalls when doing deals.”