Delivering Brexit for the people ‘is within our grasp’ says May 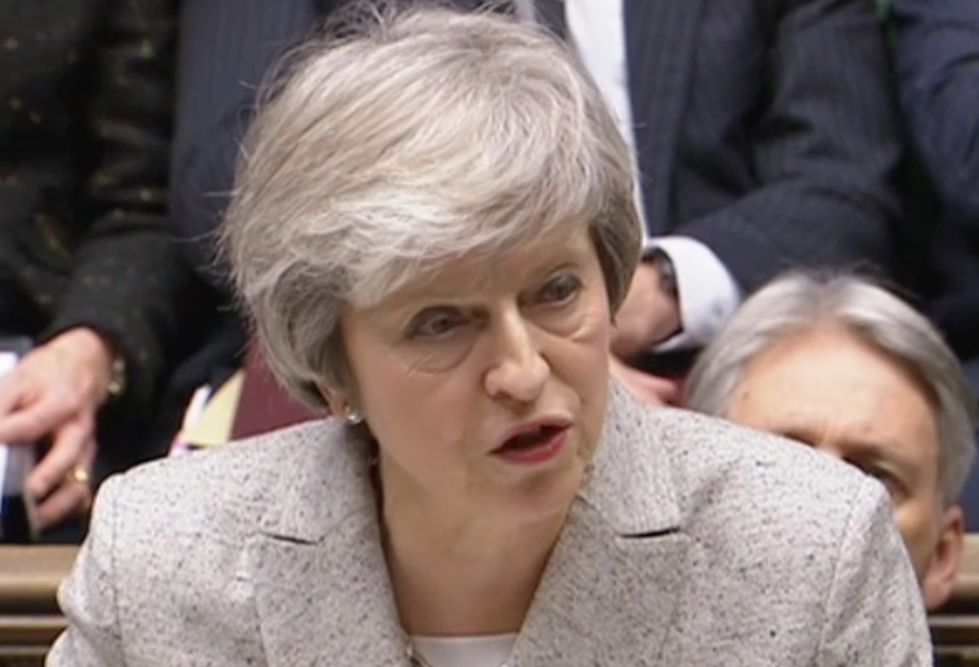 Theresa May: “It means an end to sending vast sums of money to the EU”

Prime Minister Theresa May today said that delivering on the Brexit deal “is within our grasp” after the UK and the European Commission agreed on a draft text for a future relationship.

In a brief statement to the Commons today Prime Minister Theresa May outlined the political declaration which set out Britain’s direction after withdrawing from the EU.

Labour leader Jeremy Corbyn denounced the 26-pages as “waffle” and said “nothing has changed”. He said it was the “blindfold Brexit we all feared which fell short of Labour’s six tests”.

Mrs May hit back, running through each of Labour’s tests, saying the document delivers on each one.

The pound leapt more than 1% to hit $1.2909 after the agreed draft declaration stated that parties have “a trading relationship on goods that is as close as possible.”

The announcement came ahead of Sunday’s summit of European leaders in Brussels.

This latest statement sets out how the UK and the EU will build trading relationships after Brexit, and is not legally-binding.

Details on these trading arrangements will develop over a 21-month transition period on 29 March. During this period the UK will remain a member of the EU single market and customs union.

Even if the EU states rubber stamp the deal on Sunday Mrs May still has a tricky job getting it through the Commons with MPs divided or unconvinced over citizens’ rights after Brexit and the Northern Ireland “backstop” – how to keep the border open if trade talks stall.

It is understood that technology will be key to ensuring there will be no hard Irish border.

Labour and the SNP have said they will vote against the withdrawal agreement, as have the Democratic Unionist Party on whom Mrs May relies to keep her in power.

Many of her own Conservative MPs are also against it, arguing that it will keep the UK tied too closely to the EU and is not the Brexit they expected.

Josh Hardie, CBI deputy director-general, said: “It appears that we’re on the cusp of a much-needed agreement. This shows a deal can be done and businesses across the Continent will be watching this weekend’s EU Summit closely.

“The progress made is a credit to both sets of negotiators. But hard work lies ahead. A 20-page vision needs to become a 2000-page agreement that secures trade and jobs before the spectre of no deal can be put to rest.”

Adam Marshall, director general of the British Chambers of Commerce (BCC), said: “While we welcome the fact that more flesh has been put on the bones of the proposed future UK-EU relationship, the reality is that the clarity and precision businesses need to plan for the long term can only be delivered when the details are hammered out and fully agreed.

“There are still big questions to answer – including whether businesses will be able to conduct trade between the UK and the EU without significant new barriers or costs.”