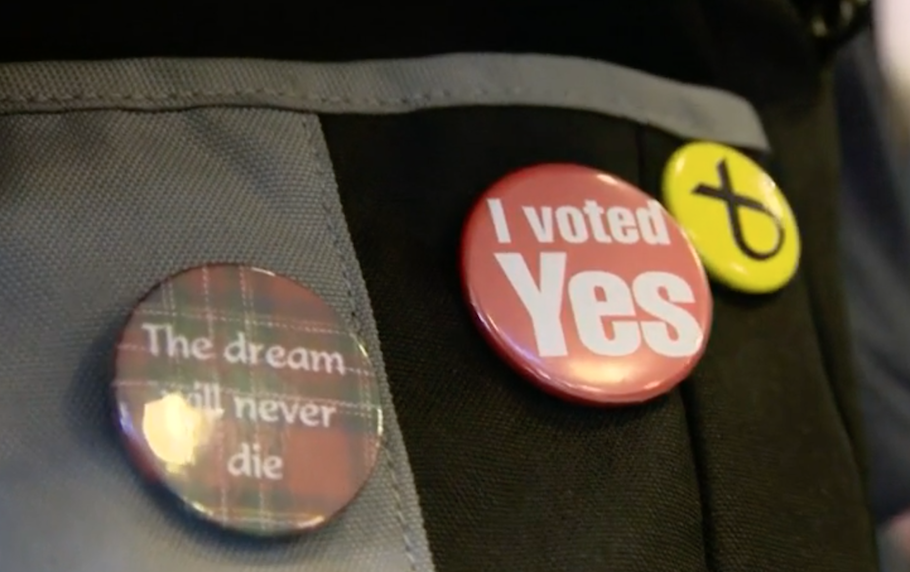 The SNP has been accused of manipulating an opinion poll on Brexit to show growing support for independence.

Survation, which undertook the survey on behalf of Channel 4, took the unusual step of correcting an SNP strategist for misrepresenting the poll.

The party claimed the survey showed more than a third of Scots were more likely to back leaving the UK as a result of Brexit.

The SNP said its analysis of the Survation poll showed there could be a narrow majority for independence if there was a second referendum.

Amongst those who went public with this interpretation were the SNP’s head of communications, a senior strategist and the Deputy Leader, Keith Brown.

Mr Brown claimed the “chaos and despair” of Brexit significant had resulted in a “significant  swell in support for Scotland taking all decisions over our future for ourselves”.

SNP strategist Ross Colquhoun tweeted the “figures would mean a majority of 51.39% for independence, with 48.61% against”.

However, Survation said there was “no Scottish Indy Ref voting intention” included in its research. The poll actually found that 57% of Scots would be concerned if Brexit leads to Scottish independence.

Pamela Nash, chief executive of Scotland in Union, said: “There are red faces all around at SNP HQ following this blunder. 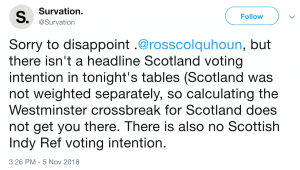 “This desperate attempt to manipulate a poll has backfired, and SNP deputy leader Keith Brown should apologise and set the record straight.

“The SNP is weaponising Brexit to focus on the only thing it cares about – independence.

“This is an important reminder for Remain voters in Scotland that the Nationalists want to use your vote to break up the UK. Whatever your views on Brexit, independence is not the answer.

“The majority of people in Scotland know we are better off as part of the UK.”

Scottish Conservative’s Finance spokesman and MSP for Mid Scotland and Fife Murdo Fraser, said: “Before breaking out the bubbly and a fresh batch of Yes2 stickers, the SNP would have done well to analyse what the poll actually said.

“The Survation poll didn’t ask respondents about how they would vote in a second independence referendum, but instead asked how Brexit would affect their vote – whether they were more or less likely to support independence. These are two completely different things.”

Mr Fraser said it was “a reminder to all, that everyone has a duty to challenge fake news”.