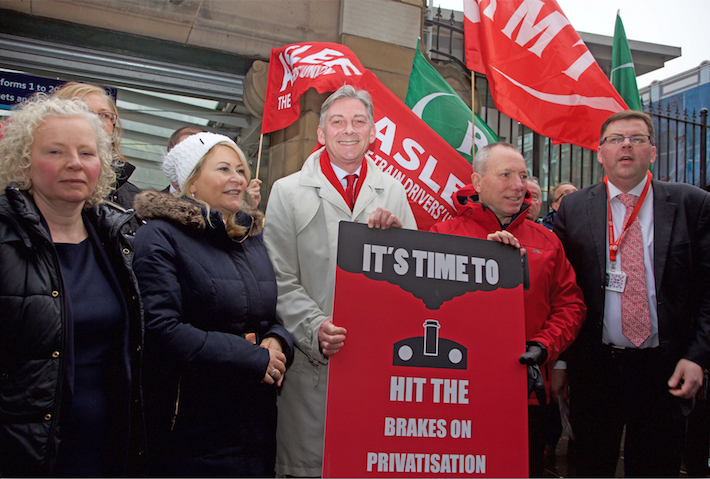 An attempt to bring the ScotRail franchise back into public ownership was voted down yesterday as MSPs disagreed over who was to blame for the underperforming service.

Scottish Labour called for the SNP government to implement a break clause in the franchise agreement awarded to Dutch operator Abellio in 2015. The deal can be ended in 2022 under certain conditions.

However, SNP members argued that the real cause of problems lay with Network Rail and accused Labour of failing to back its calls for the rail infrastructure to be devolved.

“Our trains should be essential services, instead they’re being used simply as an opportunity for profit by private companies.”

But the Tories backed the SNP to ensure the motion to end the franchise was defeated by 85 to 34.

Before the vote, ScotRail Alliance director Alex Hynes admitted to Holyrood’s rural economy and connectivity committee that the firm had received an advance payment of taxpayer funding despite concerns over performance levels.

Mr Smyth added: “Hard pressed passengers across the country will be disgusted to see the SNP and the Tories block Labour’s plans to end the privatisation of Scotland’s railways.

“Abellio was supposed to be a world leading contract for ScotRail. Instead passengers are suffering from overpriced, overcrowded trains that are frequently cancelled.

“Only Scottish Labour will end this failed privatisation model and give the country the real change it needs.”

The SNP last night accused Labour of hypocrisy for voting against the devolution of rail infrastructure to the Scottish Parliament. 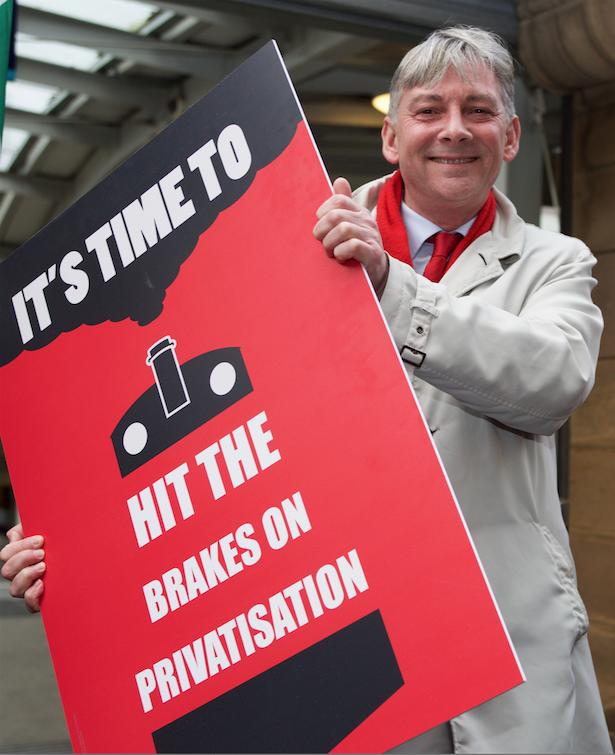 At the moment, Network Rail is responsible for railway infrastructure and answers only to Westminster, not Holyrood, despite transport – including the rail franchise – being devolved.

The SNP argues that ScotRail has consistently performed above the UK average and almost 60% of delays on railways in Scotland are the responsibility of Network Rail, not the train operator.

The recently announced Rail Review gives the UK Government an opportunity to deliver full devolution of rail to the Scottish Parliament, in order for key functions such as timetabling and railway enhancement to be carried out as part of a coherent Scottish approach to transport.

Stuart McMillan MSP said: “ScotRail is performing below the Scottish Government’s expectations, but a change in the franchise won’t, by itself, fix problems that are the responsibility of Network Rail.

“That’s why we urgently need Network Rail to be devolved – allowing a joined-up, coherent approach to transport, rather than leaving our railways in the hands of the Tories.

“Labour’s hypocrisy on this issue is astonishing. Labour consistently blocked the right for a public sector body to bid for a rail franchise. It was the SNP who won that right, and we have committed to a public sector bid at the next opportunity. Meanwhile, Labour has just handed the contract for rail services to a private sector firm in Wales – yet more ‘do as I say, not as I do’.”