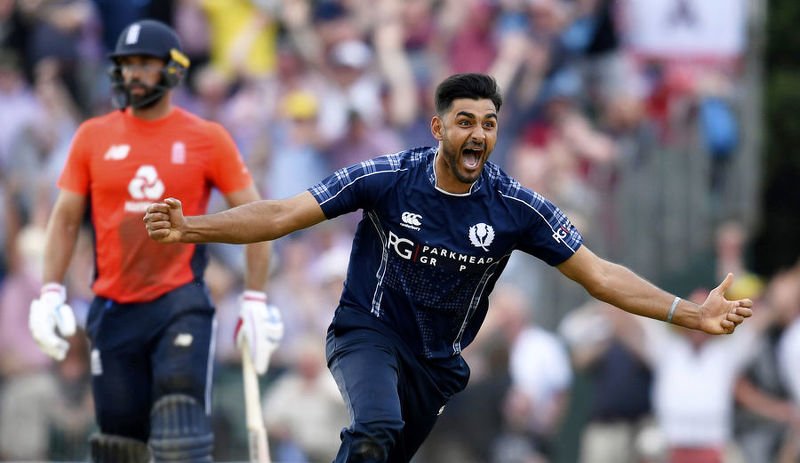 Scotland will be hoping to build on their ODI success next year after beating England in the summer (pic: SNS Group)

Scotland’s cricketers will be aiming to continue the progress shown this year when they take on Sri Lanka in a one-day international double-header next summer.

The first match will be played on Saturday, 18 May, with the second clash coming three days later, with venue details being announced next month.

The tourists will be using the visit north of the Border as a key part of their preparations for the World Cup which starts in England later that month.

Sri Lanka last visited Scotland in 2011 winning the ODI comfortably by 183 runs, however it was a different outcome when the sides shared the spoils last year in two 50-over matches at Beckenham in Kent.

In the first match, Scotland got their revenge and recorded their first one-day win over a full ICC member with a seven-wicket victory.

Scotland stunned a star-studded England side in Edinburgh in June when they defeated the world’s No. 1 ranked team for the first time at The Grange.

Scots captain Kyle Coetzer said: “After the success of 2018, the team is mindful that we face new pressures and higher expectations from both Scottish cricket fans and also the wider global cricket community.

“There is nothing better that playing cricket at home in front of a full house of Scottish fans and we are determined to continue to improve on our recent performances.

“We will be well prepared for these matches and go out to win. Following our 1-1 draw in the 50 overs series last year, it will be a real challenge for us to go one better and win this ODI series.”

The tourists will be a formidable opponent for Scotland having won the 1996 World Cup and featured in the finals of the 2007 and 2011 events.

Scotland are currently in the process of looking for a new head coach to lead the team forward as they bid to become the 13th full member of the ICC.

New Zealander Grant Bradburn, who oversaw the famous win over England, left his post in September after more than four years to become Pakistan’s fielding coach.

Former England all-rounder Paul Collingwood has been touted as a possible replacement for Bradburn.

Collingwood, who retired from first-class cricket this year, knows the Scotland set-up well having previously been on the coaching staff for the 2015 World Cup.