Scotland turn focus on Six Nations after win over Pumas 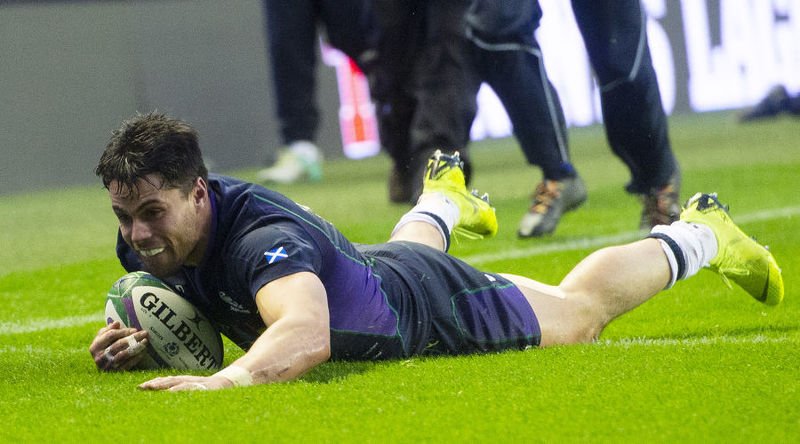 With the curtain now down on Scotland’s Autumn Test series, there is plenty for Gregor Townsend to work on as he looks ahead to the Six Nations Championship in two months’ time.

The performance against Argentina lacked the flair and creativity of the games against South Africa and Fiji and the win won’t last long in the memory.

However, as captain Greig Laidlaw stressed afterwards, the Pumas always represent a tough hurdle. In fact, had they been more accurate with their penalty kicks – four relatively simple efforts missed the target – the visitors could easily have left Murrayfield with the spoils.

Leading 9-6 at the break, the Scots can be satisfied they conjured up a way to win the match to bring the Autumn series to a close on a positive note, Sean Maitlaind’s second-half try the one bright spot in an otherwise dull encounter in Edinburgh.

With Townsend having made a string of changes to the side which pushed the Springboks so close last weekend, there was an experimental feel about the starting XV and that obviously had an impact on the display.

“A couple of times in the second half our defensive line was breached but we got back in numbers to stop Argentina scoring tries,” Townsend said.

“I am impressed the team found a way to win.

“We were tested today. Argentina kept the ball for a lot of phases and they played well. The conditions meant it wasn’t going to be a game won off passing the ball wide.

“We didn’t have our best first half admittedly but I felt second half we brought more energy to the game and did enough to win.”

Laidlaw echoed his head coach’s sentiments, adding: “I felt we had control during the game and did enough to win it. The conditions dictated how we played.

“We have beaten a strong Argentina team. You have got to be patient on days like that – don’t try to attack too early and play in the right areas.

“The forwards put us in the right areas and it was a great call from Hoggy for the try, to go to the short-side, and we got our reward.”

Now it’s time to regroup, take stock and turn the focus towards the Six Nations opener against Italy.