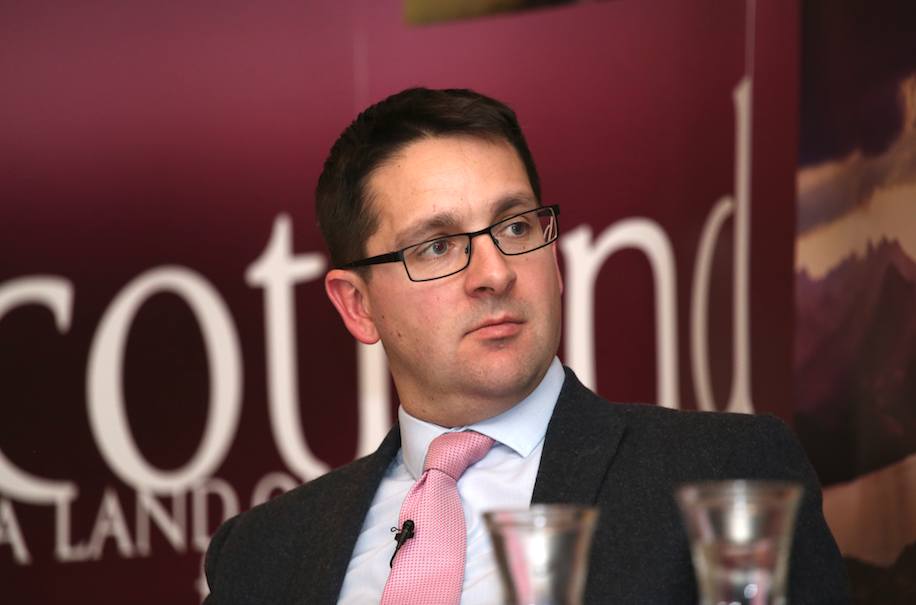 James Withers: Any form of Brexit is a backward step (pic: Terry Murden)

Scotland Food & Drink chief executive James Withers has warned that leaving the EU with No Deal would be “disastrous” and that the industry’s strategy for growth would have to be ripped up.

Mr Withers, briefing the media on the organisation’s outlook and its views on Brexit, said any form of Brexit would be a “backward step”, but leaving without a deal was the worst possible outcome.

His comments came as a slew of data from the Treasury and the Bank of England warned of a slump in GDP and house prices, and a rise in unemployment.

The Bank of England warned that a No Deal Brexit would send the pound plunging and trigger a worse recession than the financial crisis.

It said the UK economy could shrink by 8% in the immediate aftermath if there was no transition period, while house prices could fall by almost a third, inflation increase 6.5% and unemployment rise by 7.5%. The Bank also warned the pound could fall by a quarter.

Official figures from the Treasury said the UK economy could be up to 3.9% smaller after 15 years under Theresa May’s Brexit plan, compared with staying in the EU. But a no-deal Brexit could deliver a 9.3% hit, the new estimates said.

The prime minister, who was in Scotland, said her deal was the best one available for jobs and the economy.

She insisted that the deal reached in Brussels on Sunday creates a free trade area for goods with no tariffs, fees or charges – the first such agreement of its kind between an advanced economy and the EU.

Over the past week, Diageo, National Farming Union Scotland, the Scotch Whisky Association and BAE Systems have expressed their support for the deal and publicly warned about the potential consequences of ‘no deal’ for Scotland.

Today, Mr Withers said: “Any form of Brexit is a backward step for the Scottish food and drink industry. At best it will hamper our attempts to achieve our targets and double our turnover by 2030. At worst it will pull the rug from under us.

“It is difficult to emphasise how disastrous a No Deal will be. There is no scenario where we could minimise disruption.”

He added that he “did not buy into” the argument that it was the PM’s deal or No Deal. He said that there would be “chaos” within four to six weeks and that it would take three to four months to return to normal.

Amid reports that warehouse space in the UK is in short supply as companies stockpile materials, he said there was anecdotal evidence of Scotland-based companies taking similar action.

“Some businesses have been stockpiling some products on the European mainland because of concerns about getting products to those countries,” he said.

“Brexit has not caused labour problems, but it has exacerbated it,” he said. He was speaking ahead of the organisation’s AGM in Glasgow where he will outline its plans to grow business with the rest of the UK.

Commenting on the release of the latest official estimates of the effect of Brexit on the economy, Rain Newton-Smith, CBI Chief Economist, said: “These forecasts paint a bleak picture over the long-term of a no deal Brexit or a Canada-style deal. It surely puts to bed some of the more far-fetched ideas that a hard landing Brexit will not seriously hurt the economy.

“This is about real people’s lives and jobs in the years ahead and it’s clear to business that while the Government’s deal is not perfect, it certainly fits the bill in reducing short-term uncertainty and opens up a route to a decent trade deal in the future.

“Politicians of all parties should speak to businesses in their constituency to hear about the impact a bad Brexit will have on them and their workforce. And the longer a ‘no deal’ scenario remains possible, the more corrosive the impact on jobs and investment plans.”