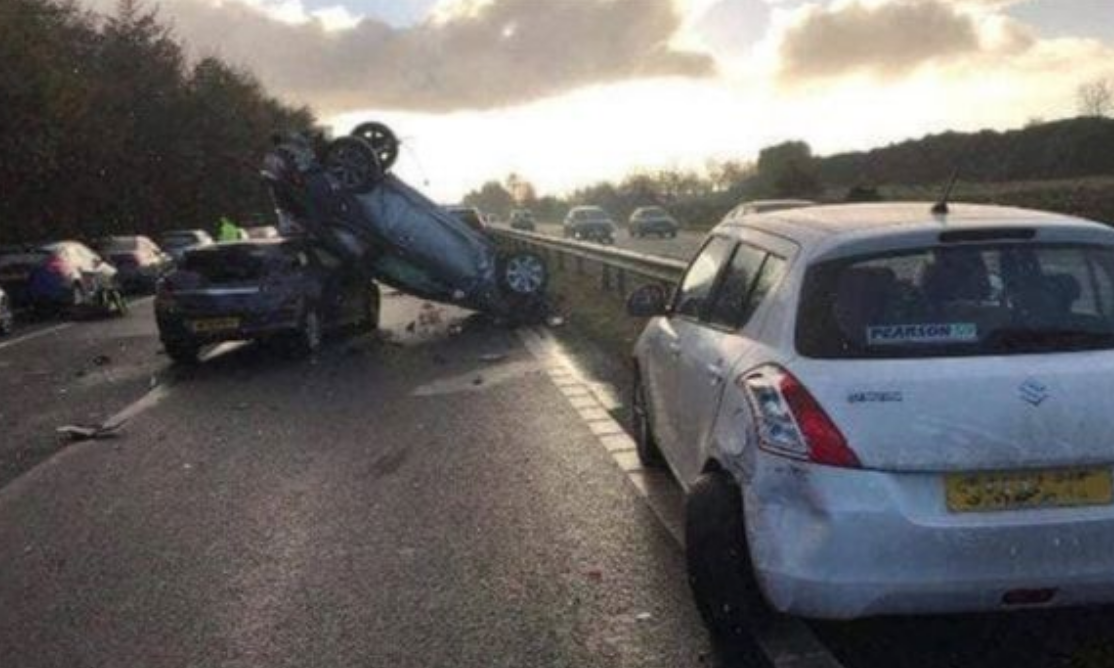 Commuters were involved in a 20-vehicle pile-up near Glasgow today although there were no reports of serious injuries.

Police Scotland said five cars were involved in the initial accident near Junction 30 on the eastbound M8 at and a further 15 vehicles were damaged as they braked suddenly. 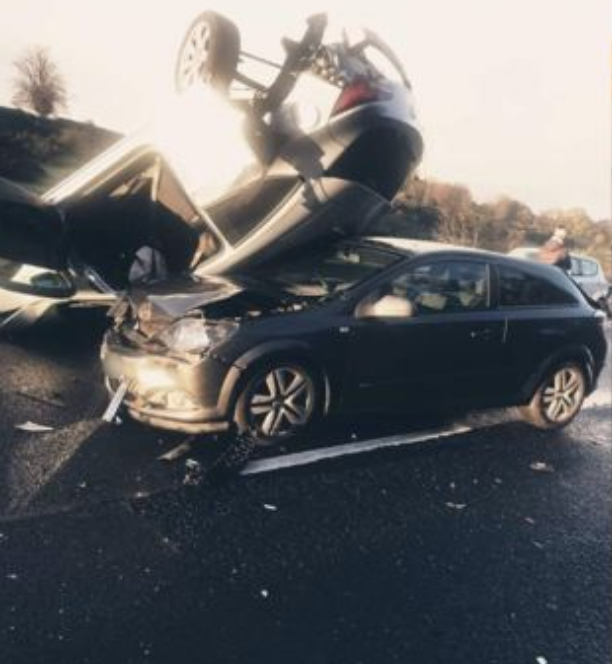 Dramatic pictures were posted on social media police showing upturned vehicles and wreckage across the carriageway.

The section of road between junctions 30 and 31 was shut after the collision just before 8am and traffic was diverted through Bishopton. The road reopened at about 10:40.