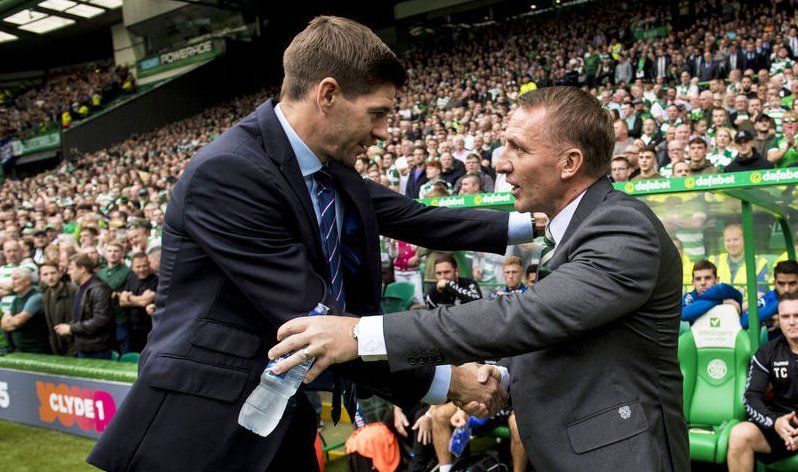 It may not be a viewpoint shared by many of his supporters but Brendan Rodgers would like to see both his Celtic side and Rangers progress in the Europa League.

They may be arch rivals on the domestic scene but the Parkhead manager insists success for the two clubs in Europe would be a real shot in the arm for Scottish football.

The Hoops need a win over Rosenborg in Norway this evening to keep alive their hopes of qualifying from Group B, while a Group G victory for Rangers over Villareal at Ibrox would keep them on course for the knockout phase.

“The European game is becoming very difficult for countries like ourselves,” said Rodgers. “So if the likes of ourselves and Rangers can get through, it would be great for the nation, for both clubs, that’s what we want.

“It’s still very much our ambitions and I hope we can do that. We go into it and you look after yourselves and your own club. But for the bigger picture which is important for our football, it’s great if we can get as many teams as possible into European games.”

Victory for Celtic in Trondheim would set up a do-or-die clash with Salzburg in Glasgow next month.

“We understand and respect Rosenborg and that respect has grown and they’ve come off the back of a celebration of being champions again for the fourth consecutive time.”

Skipper Scott Brown is available again after injury, with Rodgers weighing up recalling the midfielder for the first time since he limped off against Hibs last month or keeping him under wraps for Sunday’s League Cup Final against Aberdeen.

If Rangers are to maintain hopes of progressing from Group G they need at least a point against Villareal to take into the final match against Rapid Vienna.

Having already drawn against the La Liga aces in Spain, there is no shortage of confidence going into the clash in front of the Govan faithful.

“I sense the players are ready this time,” said Gerrard. “This is the stage where we want to be and this is the type of opposition we want to test ourselves against.

“Villarreal are the favourites, they have got Champions League experience and a huge budget, individual players who are worth close to £20million – but this is a great test for us.

“Come the final whistle it’s crucial we don’t lose. The draw takes it to the last game, to the wire – but we’re going to win it. We’ll go in with a plan, with belief and confidence.”

The performance of front man Alfredo Morelos will be key to Rangers’ hopes, the striker having netted 16 times already this season.

The Colombian will have to keep a lid on his discipline, however, as a booking against Villarreal will see him suspended for the potentially decisive meeting with Rapid Vienna.