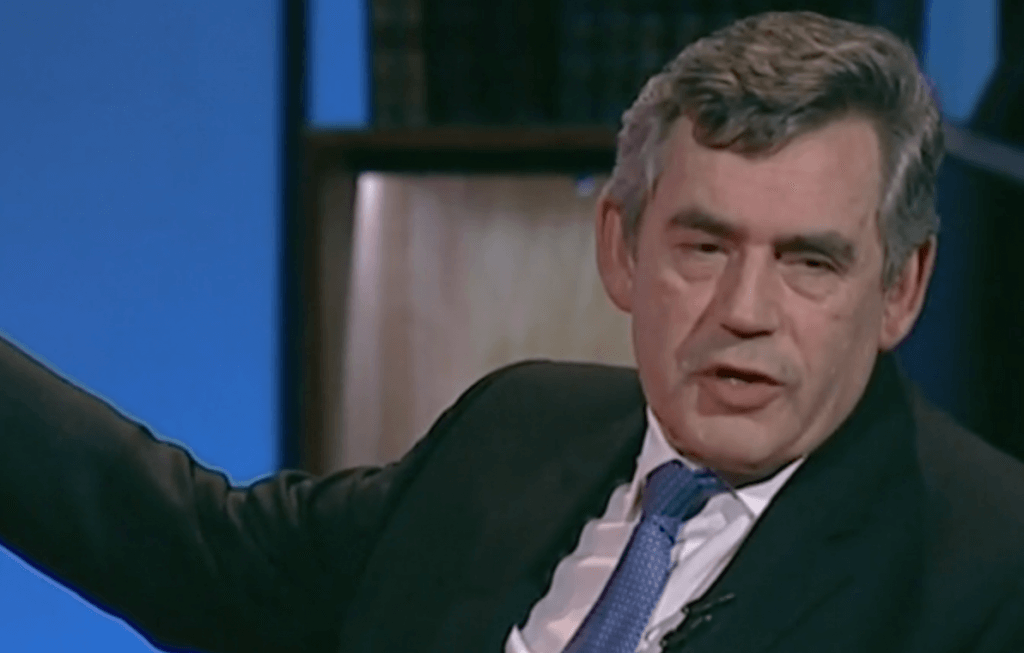 Gordon Brown: believes there should be a second Brexit vote

Oil prices rose after Saudi Arabia said it would cut output by 500,000 barrels a day and by twice as much next year.

Softening demand has forced a change of rhetoric from major oil producers and helped underpin the price of Brent Crude at $70.7 a barrel, up 52 cents, following a 20% fall in the last month.

The Associated Press said discussions have started with Russia to curb the global supply of crude as Iran sanctions have failed to lift prices.

Russian energy minister Alexander Novak said Moscow would not resist cutting production as long as the move had the support of OPEC as a whole.

At home, the pound was coming under more pressure over the lack of certainty over the Brexit talks. Sterling was trading down 0.93% against the dollar at $1.2854 and 0.2% lower against the euro at €1.1423.

According to a poll being published on Tuesday more than a third of small and medium-sized companies think the pound is likely to fall sharply after the country leaves the European Union in March next year.

Reports suggest that Prime Minister Theresa May may not get Cabinet backing for a draft Brexit withdrawal deal this week and is struggling to reach an agreement with Brussels.

Marc Chandler, chief market strategist at Bannockburn Global Forex, says: “While some European officials are still sounding optimistic that an EC-UK deal can be struck in the coming weeks, the market has grown more sceptical.”

Former Labour Prime Minister and Chancellor Gordon Brown offered support for a People’s Vote after telling a London audience there must be a proper debate and vote on any Brexit deal brought back to the Commons. He said it would be a “travesty of democracy” if that did not happen.

“I for one have always said that I think there will be a second referendum, I believe that in the end the situation will have been seen to have changed since 2016 and the people should in the end have the final say,” Mr Brown said.

Stock markets in the US began the week sharply lower, dragged down by falling tech shares. Apple sank by 5%, wiping more than $40bn (£31bn) off the tech giant’s market value.

The fall followed a profit warning from some of the firm’s suppliers, which exacerbated concerns that demand for iPhones is slowing. Amazon shares lost more than 4%, Alphabet (owner of Google) dropped over 2.5% while Facebook fell 2.3%.